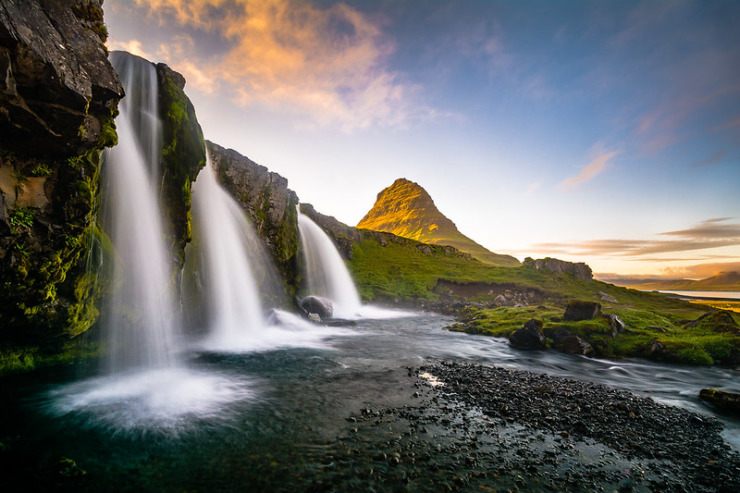 Sara Barkat finds songs that sing of the earth

On that warm April Wednesday, I was on the parade ground at Louisiana State University, sitting in the grass with about a thousand other people. We were part of the first nationwide Earth Day, inspired in part by the infamous Santa Barbara oil spill the year before. We listened to speeches and music, we signed petitions, and we chanted slogans. We knew we had become something larger than ourselves, and we knew that college and high school students all over the country were doing exactly what we were doing.

I also got sunburned.

Four days earlier, on April 18, poet Allen Ginsberg participated in what may have been one of the first Earth Day poetry readings. At Sr. Generosity’s in New York City, Ginsberg and two other poets read Earth Day poetry. Ginsberg’s reading, apparently, included chanting along with Hare Krishnas.

Earth Day 1970 witnessed the birth of the national environmental movement, bringing together a number of disparate streams of concern that had been building over the previous decade. Twenty years later, in 1990, Earth Day went global.

More than 50 years after that first Earth Day, we’re still concerned about the planet. We’re still observing Earth Day. National governments have made the environment a special area of focus.

And we’re still reading, and writing, poetry about the earth. It turns out we’ve been doing that far longer than Earth Day 1970. Writer, artist, book illustrator, dancer, and admirer of medieval armor Sara Barkat has composed a collection of 93 poems about the earth or some facet of it. Earth Song: a nature poems experience includes poems well-known and not-so-well-known. It includes poets who are household words and poets who are striving to be household words. It includes poems you might expect and some you don’t. And it surprises: I didn’t know, for example, that novelist Louise Erdrich also wrote poetry.

In such a collection as Earth Song, you would expect to find poems by Wendell Berry, William Wordsworth, and John Keats. And you do. You also find Thomas Hardy’s The Darkling Thrush and “God’s Grandeur” by Gerard Manley Hopkins. In fact, the collection includes several poems by Hopkins.

I learned that Sara Teasdale is, among many other things, a poet of nature; several of her poems are here. Robert Frost is represented, as are Major Jackson, W.S. Merwin, Mahmoud Darwish, Emily Dickinson, and Pablo Neruda. And so are many more poets, including a few I know or have worked with, like Scott Edward Anderson, Will Willingham, and Richard Maxson.

As Barkat explains in her introduction, she avoided poems that idealize the earth or use it as a metaphor for something else. She also avoided poems that were “too abstract, metaphysical, theoretical.” Instead, she includes poems with a strong sense of place, or specific action, or specific event. Collectively, these poems seem to say the earth is here and now, it’s our immediate experience, and we need to worry about it now, not only in the future.

And that’s true even for swamps. A thin wet sky, that yellows at the rim,
And meets with sun-lost lip the marsh’s brim.

The pools low lying, dank with moss and mould,
Glint through their mildews like large cups of gold.

Among the wild rice in the still lagoon,
In monotone the lizard shrills his tune.

Late cranes with heavy wing, and lazy flight,
Sail up the silence with the nearing night.

And like a spirit, swathed in some soft veil,
Steal twilight and its shadows o’er the swale.

Hushed lie the sedges, and the vapours creep,
Tick, gray and humid, while the marshes sleep.

Sara Barkat is a writer for PoeticEarthMonth.com. Two recent creative works are The Yellow Wall-Paper: A Graphic Novel and, in partnership with poet Tania Runyan, How to Write a Form Poem: A Guided Tour of 10 Fabulous Forms. She is also the author and illustrator of The Midnight Ball (which received a gold award from Mom’s Choice Awards), as well as the author of The Shivering Ground & Other Stories, which was recently named a finalist for the National Indie Excellence Awards.

Earth Song is far from an eclectic collection of poems about the earth. It’s a collection chosen with intent, purpose, and care. The earth that emerges from these poems is not a symbol; it’s real, and we celebrate it and care for it. It’s the only one we have.