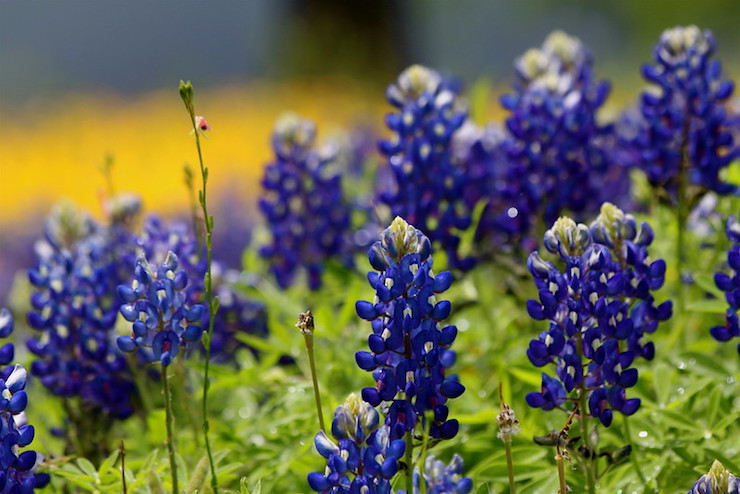 Rick Maxson has been at the heart of the Tweetspeak Poetry community for some time: editing Every Day Poems; sharing posts, original poetry, and conversations; and contributing his poem “SRV in the Parking Lot at the Quick Stop” to How to Read a Poem. I am delighted to have the opportunity to include his rondeau, “Please Stay,” in How to Write a Form Poem. Here’s the first stanza of this beauty. You’ll want to read the rest in the book!

I heard you singing in the next room,
sporadic—a disordered tune,
and behind the notes, the water ran,
the grace of clinking plates, your hands
warm water soothed, and thus the tune …

Here’s what the poet has to say about the very musical process of crafting a rondeau:

Tania Runyan (TR): Tell me a little about the origin story of “Please Stay.”

Richard Maxson (RM): I wrote “Please Stay” while my wife and I were living in the Ozarks in Eureka Springs, Arkansas, high on a hill overlooking Table Rock Lake. My office was down the stairs off the kitchen and allowed any sound to wend its way down to me. As I was writing one afternoon, watching the bees and butterflies in the garden outside my window, and listening to the Red Wing Blackbirds and sparrows, into that chorus I recognized my wife humming in the kitchen above me. The tune was not discernable to me. It ascended and descended in shifting scales, not really a song. It was beautiful and cryptic. I was held captive by it, weaving it into all that I observed around me, until it became symphonic.

As I reveled in this moment I became aware that my wife must be feeling a lightness and freedom from the nerve disorder that gave her almost constant pain of varying degree. She was doing dishes; I could tell by the timpani of rattles and clinks that accompanied her singing. I briefly wondered why—the warm water, or just being lost in the meditation of an enigmatic tune, as if she were not in our kitchen but perhaps a dreamland far away. My heart said, “Please stay there as long as you like, my love.”

TR: Why did you decide to write the poem as a rondeau? Or did deciding to write in the form “cause” the poem to happen?

RM: There was a repetition in the music my wife was humming, even though it was not recognizable. I wanted to write a poem about the experience that came to me from her song. I thought of a villanelle, but it seemed too long, too elaborated for how I experienced such a dreamlike moment that seemed so ephemeral in its components: the song, the garden ballet, the bird song. A rondeau seemed perfect. It was rhythmically dreamlike in its repetition. It was varied, and it seemed to keep bringing me back to the same place, where I wanted my wife to stay.

RM: Form poems seem more difficult than free verse and for me they are. I think it was John Crowe Ransom who compared poetic forms to fishing nets. A fisherman uses different shaped nets to catch different fish. In this sense, you can’t use a big net to catch little fish; they’ll swim right through it. Form poems more often than not make you select your words more carefully (like fish), because of rhythm or rhymes. It is a little more challenging than free verse in that sense.

A book like How To Write a Form Poem is helpful for more than one reason. It introduces poets to the different forms, of which there are many, and several have variations, like the sonnet. A book that can guide a poet through the requirements of formal poetry can make a daunting lesson a little easier to begin. Showing examples of poems written in forms, and being able to read them while paying attention to the structure allows a poet wanting to try a form to hear what the form does to words and meaning. When he was seven years old Rick Maxson got a Tom Thumb typewriter for Christmas, and started a newspaper called Neighborhood News. With two friends as reporters they covered small residential construction projects, profiles on some neighbors, and they were most proud of scooping a fire ahead of the Columbus Dispatch. It’s not clear whether that newspaper was the beginning of a career in writing, but it was certainly evidence of an interest. Rick graduated from Denison University, Magna Cum Laude, with a membership in Phi Beta Kappa at the age of thirty-two years old with degrees in Literature and Anthropology. He completed a thesis on the Ojibwa of Southwest Wisconsin.

After several years as a manager for international relations in two different corporations, he began a career as a technical writer which lasted twenty years. During those years he developed an interest in poetry. He published poems early at small presses. He currently has poems in Tania Runyan’s How To Read a Poem and How To Write a Form Poem. He has had poems in Every Day Poems and will be featured in an anthology to be announced at a later date. He lives with his wife on an acre of land in the Texas Hill Country.