It was a packed house at the Southbank Centre Royal Festival Hall in London on Jan. 16. Ten poets were reading from their works, all nominated for the most prestigious award in British poetry—the T.S Eliot Foundation’s T.S. Eliot Prize. The prize is also monetary—20,000 pounds (about $26,000 at current exchange rates). Each of the 10 shortlisted nominees received 1,500 pounds (about $1,900).

Bernard O’Donoghue was there, reading from The Seasons of Cullen Church. Vahni Capildeo read from Measures of Expatriation (reviewed here at Tweetspeak Poetry last November; it won the Forward Prize). With the other eight, they represent some of the British poets writing today.

The winner was Jackself by Cumbrian poet Jacob Polley. 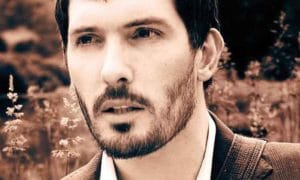 Polley, 41, teaches at Newcastle University. He’s the author of three previous poetry collections: The Brink (2003); Little Gods (2006); and The Havocs (2012). Both The Brink and The Havocs were shortlisted for the T.S. Eliot Prize. Polley has also published a coming-of-age murder mystery, Talk of the Town, which won the Somerset Maugham Award.

The prize judges called Jackself a “firecracker of a book,” and it is certainly that. It is a work centered in Polley’s birthplace of Cumbria in northwestern England, which encompasses the Lake District and was also the home of English poet Norman Nicholson.

But where Nicholson explored the landscape and the environment, Polley explores the folklore of the region, along with the poems many of us learned in childhood that originated in the area or nearby.

Cumbria is an area rich in tradition and history. The western end of Hadrian’s Wall terminates there; it was the heart of the fabled medieval kingdom of Rheged; it felt the impact of English-Scottish wars for centuries; and the Lake District was home to such writers as Beatrix Potter and William Wordsworth.

In the poetry collection, Polley creates two children on the verge of growing up—Jackself and his friend (and partner in mischief) Jeremy Wren. The two ramble through a childhood of folk tales and landscape, and in a sense become the folk tales and stories of childhood—Jack Frost, Jack Sprat, Jack O’Lantern, the house that Jack built, and Jack O’Bedlam. They are both characters and poem titles. But they stand for something else, something beyond folk tales and stories; they stand for the age of childhood itself. Jackself is staying in
today, like a tool in a toolbox,
to try to just be
high in the lovely lofts
of Lamanby
he stands at a cracked
window watching the gulls
flash and snap, like washing on a line

in the pale heat
the wormy heartwood floorboards
swell and creak

he stands for an age
not for a dark age,
not for an ice age or an iron age, but for a
pollen age, when bees
browsed the workshops
of wildflowers for powder
of light, and the cables
of a spider’s web were dusted with gold
by the unreceptacled breeze

Jackself doesn’t stand for “an ice age or an iron age, but for a / pollen age.” He’s describing childhood (I love that phrase “a pollen age”) and the lines that flow from childhood, dusting that spider’s web with gold. It’s beautiful imagery.

All 34 poems of Jackself have this kind of vivid imagining and combined playfulness and seriousness. It’s this creativity that the Eliot Prize judges recognized.