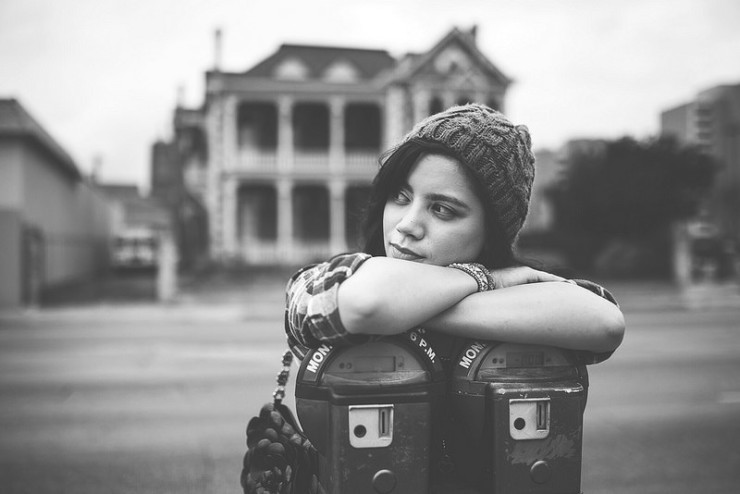 The T.S. Eliot Prize for Poetry is an annual award given to the best new poetry collection in the United Kingdom or Ireland. It’s been called the poetry prize that British poets most want to win. The prestige associated with the prize is large; so is the prize money, some 25,000 pounds, or about $32,500 at current exchange rates.

The 2018 prize winner was Three Poems by British poet, writer, and professor Hannah Sullivan. The collection is indeed three poems: “You, Very Young in New York,” “Repeat Until Time,” and “The Sandpit After Rain.” But these aren’t three poems that go on and on for pages; they have breaks, and even numbered subheads like “2.3” and “Hospital Windowsills.” Thematically, however, the collection is three poems.

“You, Very Young in New York” is set in that city, and it tells the story of a young woman on her own for the first time, living and working, partying and getting drunk occasionally, loving and experiencing the sights, sounds, and smells of the city. “Repeat Until Time” is about going even farther from home, this time to California, and discovering an environment and culture marked primarily by repetition. “The Sandpit After Rain” fuses the death of a father with the birth of a son, an ending and beginning, and notes how alike they are.

Sullivan uses language that is clear, sharp, and largely devoid of ambiguity. Whether she is describing a bakery at Broadway and 28th, a strip mall in California, or the beginnings of labor in childbirth, Sullivan employees a keen, practiced eye.

This extract is from the second poem, “Repeat Until Time.” 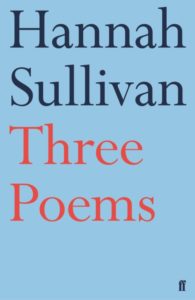 Three sooty wraiths
Fade on the bridge like figures on a vase,
Faded already in an eighteenth-century house –
Stooped, waterthinned
Chinoiserie

Some kind from Stanford GSB
Enters the 101 the wrong way round.
He kills two Puerto Rican passengers
And the taxi driver.
DUI. The Dean writes: ‘Our community
Can only get stronger
From this manifest tragedy.’

An Audi TT in the next lane gets rammed:
The driver pops a nicotine gum,
Even though he is already chewing one:
Sweet watermelon shell in gum stings.
His wife goes through to voicemail.
Parked up, his face mashes into the wheel.

It is July and the fog falls
Like a solid,
Like raisins in soda at elBulli.
The world tastes of molecules,
Palpitates in ozone. Sullivan calls “Repeat Until Time” the “Heraclitus poem.” He was a Greek philosopher who lived in Ephesus around 500 B.C. He’s credited with the saying that “no one steps into the same river twice.” Sullivan applies that idea to her understanding of and experiences in California, a state that is, perhaps, never the same place twice.

She has solid American connections. She received her Ph.D. degree from Harvard in 2008 and taught in California for several years. She is the author of The Work of Revision, a study of modernist writing published in 2013. She is an associate professor of English at New College, Oxford, and lives with her family in London. Three Poems is her first poetry collection.

Sullivan faced some stiff competition for the prize. Several works were shortlisted, including one by Sean O’Brien, who has previously won both the T.S. Eliot Prize and the Forward Prize. But Three Poems is a worthy recipient by a new voice in poetry.

An Interview with Hannah Sullivan – Los Angeles Review of Books