It’s an automatic association in my mind. When I think of World War I, I think first of poetry. No war is as closely connected to poetry as “the war to end all wars,” the war that truly inaugurated the 20th century. And it is the English poets of war, and especially the ones who died in the war—Rupert Brooke, Charles Sorley, Wilfred Owen, Isaac Rosenberg, and more—who have shaped our understanding of the experience of that war.

What I didn’t realize was that the poets of World War I weren’t all British. The French wrote poetry about the war, as did the Germans and the Belgians (it’s estimated that the Germans alone were writing an average of 50,000 poems a day during the war years). And the Austrians and Italians. The Hungarians. The Russians. Even the Serb Gavrilo Princep, the young assassin of the Austrian Archduke Ferdinand and his wife Sophie, wanted to become a poet. 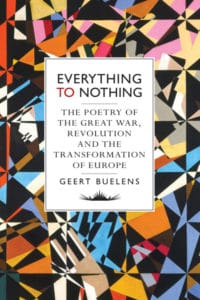 And these poets, including those in Britain, weren’t writing in a vacuum; they wrote within the context of social and philosophical currents that had been building before the war and were transformed during the war years and after. The war elevated poets and poetry to a significant position in virtually all European countries. As the Belgian scholar Geert Buelens writes in Everything to Nothing: The Poetry of the Great War, Revolution and the Transformation of Europe, “As European nations rediscovered their souls, they also rediscovered poetry.”

The advent of World War I dramatically quickened various movements toward nationalism. The Austro-Hungarian and Russian empires were full of sizable ethnic minorities hoping for recognition and even independence, and this became part of the stream of national patriotism surging in all the warring nations. Poets played significant roles in articulating both budding nationalism and patriotism. But poets were also involved in broader, pan-European artistic and philosophical movements, like futurism and Dadaism, and these, too, became part of the wartime mix.

What Buelens has accomplished with Everything to Nothing is to create a comprehensive history of the war and how the poets of all the involved countries and ethnic minorities broadly engaged with it. It’s an outstanding work.

There was a specific reason why poetry was so important in the war, Buelens writes. “In early twentieth-century European culture, poetry was central to the educational system, and on special occasions newspapers often devoted prominent space to poetry. … From the smallest village newspaper to the most widely read dailies, the media opened their pages to lyrical contributions, and a great deal more poetry was written for private audiences.” Poetry was, in a sense, at its high-water mark of popular interest and cultural influence.

Poetry’s influence and impact lasted for the duration of the war and into the revolutionary periods before and after the Armistice in 1918. Poets quickly learned to speak with the voice of the people, Buelens says, and the people responded. As the war changed through slaughter and stalemate, poetry reflected that change, and especially the poetry that was written by the soldiers experiencing the slaughter and stalemate. 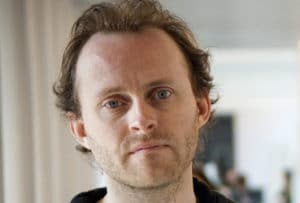 The book is arranged chronologically rather than thematically, and Buelens leaves no corner of Europe ignored. We find French poets fanning the flames of nationalism. We find Italian poets helping to give birth to what became the fascism of Mussolini. We see the Russian poets embrace the coming of the revolution, and many of them would not survive either the civil war that followed or the years of Stalinism. We also gain insights into the German and Austrian poets who were in many ways serving the same cause for their countries as the British and French were for theirs.

Buelens, himself a published poet, is a professor of Modern Dutch Literature at the University of Utrecht, a guest professor of Dutch Literature at Stellenbosch University in the Republic of South Africa, and a Kluge Fellow at the Library of Congress. He’s the editor of Avant Garde Critical Studies, a co-editor of The History of Futurism (2012), and the author of several award-winning books.

Everything to Nothing provides wonderful insights into both World War I and the poetry that it created and that in turn was served by it. It’s a fascinating story.

Siegfried Sassoon and The War Poems

The Poetry of World War I

The Most Famous Poem of World War I

The World War I Poets in the War

Charles Sorley and the Poetry of World War I

Photo by alvaroreguly, Creative Commons, via Flickr. Post by Glynn Young, author of the novels Dancing Priest and A Light Shining, and Poetry at Work.