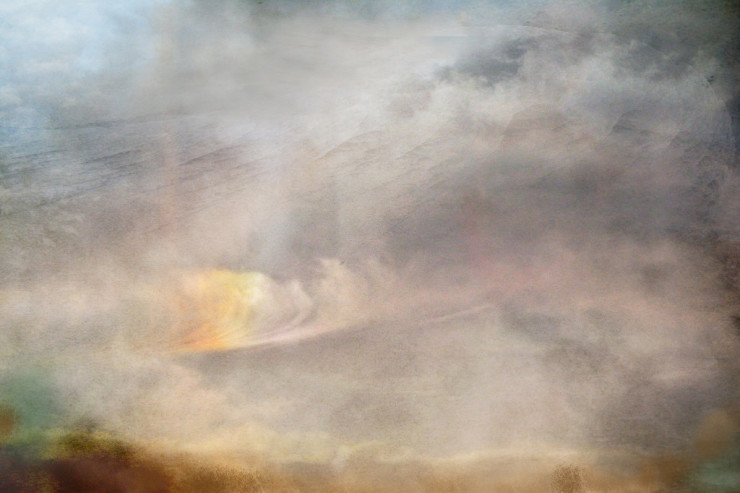 By mid-1915, the Great War in Europe had become stalemated on the western front. Both sides had hunkered down in the hundreds of miles of trenches dug across French and Belgian countryside.

In September, British and French forces attempted a game-changing attack. On Sept. 25, they launched an attack at what came to be known as the Battle of Loos. For two weeks, the battle flowed and ebbed. The battle was notable for the tunneling operations the British undertook under No Man’s Land to plant bombs and the use of poison gas by the British for the first time (the Germans had already used it). The combined British and French forces came close to victory on the battle’s first day, Sept. 25, but the Germans counterattacked and by Oct. 8, when the battle officially ended, had recovered all lost ground. 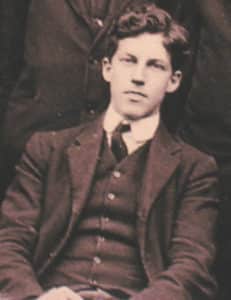 Sorley, born in Scotland, was the son of a philosophy professor and raised in Cambridge. He began writing poetry in the U.K. equivalent of high school, and won a scholarship to attend Oxford. Before enrolling, he decided to visit the continent and especially Germany, because he wanted to learn German and gain some independence. He was actually in Germany when war was declared in August 1914, and after a brief internment was allowed to leave. He returned to Britain and enlisted in the army.

Many of Sorley’s poems, written during the final year of his life and collected in The Poetry of Charles Sorley, display something of an ambivalence about the war. Perhaps it was his travels in Germany; perhaps it was his understanding of the tragedy of war. But Sorley was not as “patriotic” a poet as Rupert Brooke and some of the other famous World War I poets. As young as he was, he understood that “the enemy” can often be more like one’s self than not. You are blind like us. Your hurt no man designed,
And no man claimed the conquest of your land.
But gropers both through fields of thought confined
We stumble and we do not understand.
You only saw your future bigly planned,
And we, the tapering paths of our own mind,
And in each other’s dearest ways we stand,
And hiss and hate. And the blind fight the blind.

When it is peace, then we may view again
With new-won eyes each other’s truer form
And wonder. Grown more loving-kind and warm
We’ll grasp firm hands and laugh at the old pain,
When it is peace. But until peace, the storm
The darkness and the thunder and the rain. Sorley is one of 12 war poets featured in Anthem for Doomed Youth: Twelve Soldier Poets of the First World War by Jon Stallworthy (1935-2014). The title is taken from a poem by Wilfred Owen, also one of the 12 featured by Stallworthy. The remaining 10 are Rupert Brooke, Julian Grenfell, Francis Ledwidge, Siegfried Sassoon, Robert Graves, Edmund Blunden, Edward Thomas, Ivor Gurney, Isaac Rosenberg, and David Jones.

The book, a joint project of the published Constable & Robinson and the Imperial War Museum, was first published in 2002 and reprinted several times since then (my edition is 2013).

Each of the entries includes a brief biography, a discussion of the poets’ lives in the war, numerous photographs and drawings, and a selection of their poems. An author of some 22 books on poetry, John Keats, the poets of World War I, Russian poet Aleksandr Blok, and many other poetry-related subjects, Stallworthy treats his subjects with a clear but loving hand. To read a book like this is to lose oneself in the drama and destruction of a war that was believed to have ended all wars, and a war where human beings became the target and fodder of technologies that surpassed understanding. The poets tried to make sense of that, and Stallworthy provides a moving introduction to who these poets were and what they accomplished.

Not all of the World War I poets died in the war. Sassoon, Graves, Blunden, and Gurney, for example, would survive the war and go on to distinguished literary and artistic careers. All of them would be transformed by their war experiences, including Gurney, who would die in an asylum in the 1930s.

When Sorley’s body was found during the battle, a poem was found in his kitbag, and it is likely the last poem he wrote. It would become, with Brooke’s “The Soldier” and Owen’s “Anthem for Doomed Youth” and “Dulce et Decorum Est, ” one of the best-known and best-loved poems of the war.

When You See Millions of the Mouthless Dead

When you see millions of the mouthless dead
Across your dreams in pale battalions go,
Say not soft things as other men have said,
That you’ll remember. For you need not so.
Give them not praise. For, deaf, how should they know
It is not curses heaped on each gashed head?
Nor tears. Their blind eyes see not your tears flow.
Nor honour. It is easy to be dead.
Say only this, “They are dead.” Then add thereto,
“Yet many a better one has died before.”
Then, scanning all the o’ercrowded mass, should you
Perceive one face that you loved heretofore,
It is a spook. None wears the face you knew.
Great death has made all his for evermore.

Jon Stallworrthy’s obituary in The Guardian.

Siegfried Sassoon and The War Poems.

The Poetry of World War I.

The Most Famous Poem of World War I.

The Poems the Soldiers Read in World War I.

The World War I Poets in the War.

Photo by Alice Popkorn, Creative Commons, via Flickr. Video by Sonia Joie. Post by Glynn Young, author of the novels Dancing Priest and A Light Shining, and Poetry at Work.
Browse more poets and poems