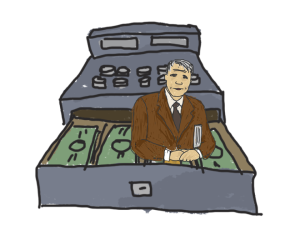 Take Your Poet to Work Day is coming July 15

Because you can never have too many poets in your lunch box (or your desk drawer), we have a new collection of poets to release this year, including the Bard of Avon William Shakespeare and beloved poet Maya Angelou. Today, we welcome Robert Frost to the Take Your Poet to Work Day poet collection. Get your own downloadable version of Take Your Poet to Work Day Printable Robert Frost that you can print, color and cut out for the big day.

Robert Frost was born in San Francisco in 1874. Following the death of his father when Frost was 11, his family moved to Massachusetts. He began writing poetry in high school and went on to study at Dartmouth and Harvard though he did not finish college at either. His first published poem, “My Butterfly, ” appeared in New York’s The Independent in 1894.

Frost worked as a teacher, cobbler, newspaper editor and farmer, ultimately selling his unsuccessful farm and moving to England in 1912 where he published his first collection. He returned to the U.S. in 1915 and by the 1920s had published several collections and had become one of the most popular poets in the country. Deeply rooted in place, his poems often embodied rural New England. He would ultimately win four Pulitzer prizes for his poetry. His best known poems include “The Road Not Taken, ” “Mending Wall” and “Stopping by Woods on a Snowy Evening”.

Two roads diverged in a yellow wood,
And sorry I could not travel both
And be one traveler, long I stood
And looked down one as far as I could
To where it bent in the undergrowth;

Then took the other, as just as fair,
And having perhaps the better claim,
Because it was grassy and wanted wear;
Though as for that the passing there
Had worn them really about the same,

And both that morning equally lay
In leaves no step had trodden black.
Oh, I kept the first for another day!
Yet knowing how way leads on to way,
I doubted if I should ever come back.

I shall be telling this with a sigh
Somewhere ages and ages hence:
Two roads diverged in a wood, and I–
I took the one less traveled by,
And that has made all the difference.