Ever wish you could take your favorite poet along with you to work? Maybe next time you suit up for a trip on that new astronaut gig you landed, you could take Edgar Allan Poe along and help us with our dream of putting poetry on the moon. With Take Your Poet to Work Day just around the corner, now you can.

To help you play and celebrate with us, we’re releasing poets each week in a compact, convenient format that you can tuck in your pocket, tool belt, or lunchbox. We’ve given you Sara Teasdale,  Pablo Neruda,  T. S. Eliot, Rumi, and the reclusive Emily Dickinson for folks who work at home. We even released a full collection,  The Haiku Masters: Matsuo Basho, Yosa Buson, and Kobayashi Issa.

You have just a few more days to get your poet all dressed up and ready for work. Click here for a downloadable version of  Take Your Poet to Work – Edgar Allan Poe that you can print and color.

Perhaps in Poe’s honor, you could ask your employer for permission to read “The Raven” during a staff meeting. You know, ask merely this, and nothing more. Don’t worry, the worst the boss could say is Nevermore.

Edgar Allan Poe was born in Boston in 1809. He was orphaned by age three and taken in by foster parents. He attended the University of Virginia for a year, withdrawing due to gambling debts. After two years in the army, he accepted an appointment to West Point but was dismissed after a year.

Poe’s first poetry collection, Tamerlane and Other Poems, was published anonymously by “a Bostonian” in 1827. His second collection, Al Aaraaf, Tamerlane and Minor Poems, was partly funded with contributions from his former West Point classmates. He later worked as an editor for various journals, well-known as a literary critic. He married his 13-year-old cousin Virginia Clemm in 1836. 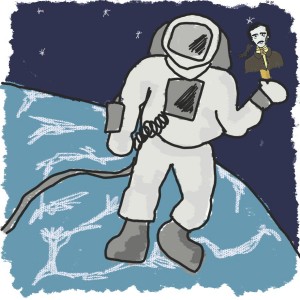 Legendary for his psychological thrillers and the macabre, Edgar Allan Poe had significant influence in the mystery, detective fiction, and horror genres. In addition to his poetry, perhaps most famously, “The Raven, ” Poe was also a master of the short story, publishing such popular works as “The Fall of the House of Usher, ” “The Tell- Tale Heart, ” and “Murders in the Rue Morgue.”

He died at the age of 40, though the details of his death remain murky. Potential causes include brain congestion, alcohol, murder, suicide, cholera, heart disease, rabies and more. He was first buried in an unmarked grave in Baltimore’s Old Westminster Burial Ground, and reinterred in 1875 alongside his aunt and mother-in-law. Virginia was also later reinterred to the same location.