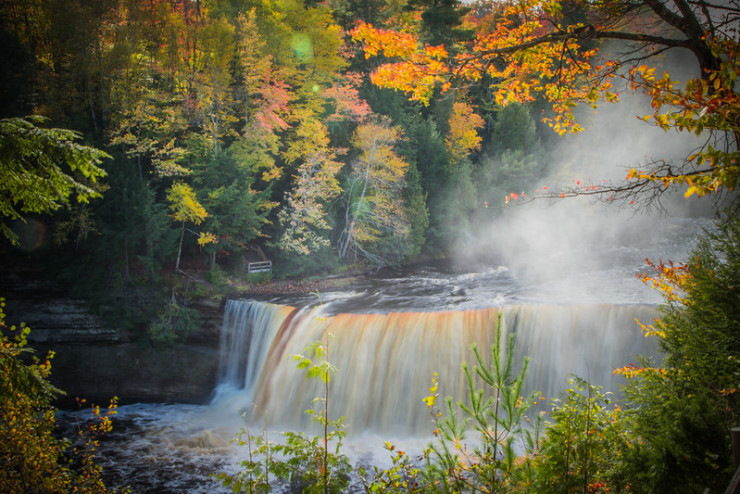 Place has been an anchor for poets for thousands of years. It may be living in a place, leaving a place, or returning to a place, but geography exerts a strong influence on the poetic mind. The work of British poet Jessica De Guyat is an example. She writes poems about place.

That place may be the East Midlands in England, where she lives; it may be the island of Iona off the coast of Scotland; it may be Lindisfarne Abbey. She walks in the footsteps of St. Columba. She spends a summer in the French Midi. She takes a country drive or spends time in an attic. She looks from her cottage window during the seasons of the year. She has an encounter with William Wordsworth in Wordsworth country. Even when she writes about the human condition or the death of loved ones, she’s centered in place.

A descendant of the poet Robert Browning, De Guyat grew up in Lincolnshire. (Jessica De Guyat is a pseudonym; her real name is Margaret Browning Royall. She prefers the pseudonym for poetry.) Her father was a Methodist lay preacher when she was a child. As she grew older, she was drawn to New Age philosophies. As her poems attest, she spent a considerable period on Iona and became deeply interested in Celtic spirituality. Fording the Stream is her debut collection of poetry.

The 42 poems of the collection are organized in four sections: “Landscape and the Seasons,” “Spiritual Places,” “The Human Condition,” and “Philosophical and Miscellaneous.” Some are strings of haikus; some are sonnets, free verse, and other forms. De Guyat has written the poems to be read, and she often reads or performs them for various gatherings. Many of the poems also avoid the use of punctuation, with line breaks standing in for commas, semicolons, and periods.

In this poem, she uses punctuation up to a point, and then begins a kind of lyrical roll. Yes, I remember Lindisfarne
The island, because one morning
On June the charabang stopped there
Surprisingly. It was so hot.

The sea danced. Someone took a dip
No one frowned, no one blushed
On the wild seashore. What we sense
Was Lindisfarne, only its hush

And ruins, sailing boats and sand
A priory church with crosses tall
As proud and strong and beautiful
As ancient tombs in castle walls

And in that moment a church clock chimed
Nearby, and echoing across the strand
From vast horizons, all the clocks
Of Durham and Northumberland. “Charabang” is derived from the French word “charabanc,” and was a horse-drawn coach or early motorized vehicle that hauled passengers from place to place. The use of the word moves the poem back to early part of the 20th century. Lindisfarne is an island, so the coach must have stopped on the mainland across from it. Even while someone “takes a dip,” possibly a “skinny dip,” everyone’s attention is focused on the island just across the water, with its magnificent abbey ruins. The poem has moved from the motorized coach back in time, and the scene is only brought back to the present by the chiming of the clocks.

This interweaving of time and place is common through the poems of Fording the Stream. You find yourself exploring both, and especially place, as you’re struck silent by abbey ruins, chat with Wordsworth and his sister Dorothy, consider the change of seasons, and mourn the loss of a spouse in the French heartland.