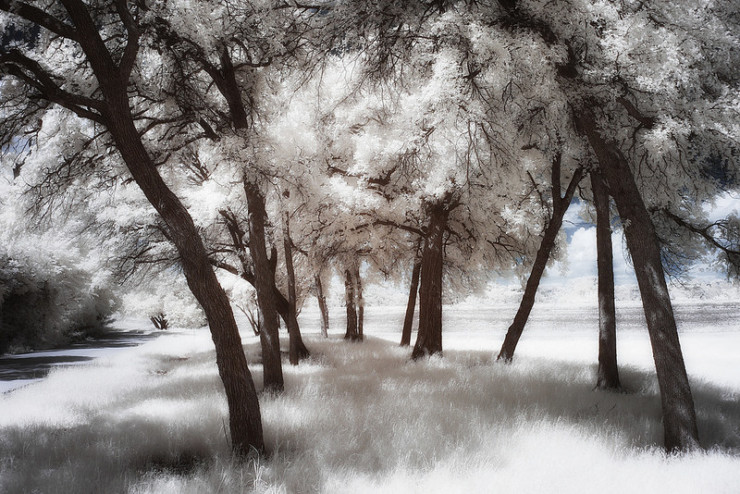 Perhaps the first thing you notice when you read The Old Curiosity Shop by Charles Dickens is how little of it has to do with an old curiosity shop. The opening scenes are set in the shop, a place full of old antiques, curiosities, and junk, or “junque.” References will appear later in the sprawling tale, but they are fleeting.

Slowly you begin to understand that what Dickens wrote here was a road trip.

The Old Curiosity Shop was Dickens’ fourth work of fiction. He began to be known by his stories published in newspapers and periodicals, later collected as Sketches by Boz. Almost all of his fictional works were first serialized before being published as books. The Posthumous Papers of the Pickwick Club, or simply The Pickwick Papers, were published over 18 months from 1836 to 1837, and the work catapulted the author to national fame. That was followed by Oliver Twist (1837 to 1839) and Nicholas Nickleby (1838 to 1839). Dickens’ fame was growing in Britain and the United States. The overlap in his published serials demonstrates the demand for his work; people were reading Oliver Twist as Nicholas Nickleby began to be published. He was riding the rising tide of literacy in both Britain and the U.S. His characters captured recognizable types, and he was equally at home writing humor, tragedy, violence, and even farce.

Then came The Old Curiosity Shop, published from April 1840 to November 1841. If interest in his work had been a wave, this book was more like a tsunami. The story has been told many times of how crowds of people in Boston and New York would await the docking of passenger ships from Britain, crying out for news of “Little Nell.” Not long after the final installment was published, Dickens and his wife Catherine toured the United States, where his reading public lionized him, and the press were offended by him (he kept talking about slavery, copyright, and other issues).

Nell’s grandfather owns the curiosity shop. But he has a flaw that becomes the linchpin for what happens in the story. He is a gambling addict—when he senses a card game, he becomes a kind of Mr. Hyde to his usual Dr. Jekyll personality. Nell will even catch him stealing from her little purse, looking for money to continue playing cards. His gambling habit has led him to borrow money from Daniel Quilp, one of the most vivid evil characters ever created by Dickens (and he created a lot of them). Quilp torments his wife, his mother-in-law, his lawyer, the Grandfather, and anyone else who happens to cross his path—and he thoroughly enjoys inflicting torment. He takes possession of the shop, and he intends to take possession of Nell and her grandfather, too. So in the dark of night, they flee, and begin a road trip across southern England.

Dickens uses the road trip (as he did in The Pickwick Papers) to illustrate life in the villages and countryside. Nell, her grandfather, and the reader meet puppeteers who put on Punch and Judy shows. We are introduced to a kindly schoolmaster, mourning the decline and impending death of his best student. Like Nell, we join Mrs. Jarley’s traveling waxworks and sleep in her caravan wagon. We see the grandfather get taken by card sharps at a village pub, and we’re horrified when he agrees to help the card players rob Mrs. Jarley. We take a ride on a canal boat, landing in a city transformed by the Industrial Revolution. We walk a scarred, ugly landscape of human misery. And we end our journey at a village with an ancient church, somewhere near the Welsh border. 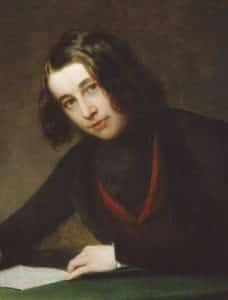 We feel the menace of Quilp, but we also experience the goodness of Kit Nubbles, who works at the shop and eventually rouses the ire of Quilp; the desperate search by the grandfather’s brother; and the transformation of Dick Swiveller from shallow, rather broke, and opportunistic to almost heroic in his efforts to save Kit. And we meet Quilp’s attorney, Sampson Brass, and his sister Sally, who treat their “small servant” more like a house slave. Dick Swiveller will name this servant “The Marchioness,” and she will aid in his rehabilitation and heroics.

The Old Curiosity Shop is a long story and a moving story, with scenes that caused me to laugh out loud and scenes that brought tears. Its narrative form is episodic, reflecting its serialization. But it remains an entertaining work, a reflection of the keen eye of Charles Dickens on the people and the times he lived in.

The Strangeness of “A Tale of Two Cities” by Charles Dickens

Photo by Greg Westfall, Creative Commons, via Flickr. Post by Glynn Young, author of the novels Dancing Priest, A Light Shining, and the newly published Dancing King, and Poetry at Work.