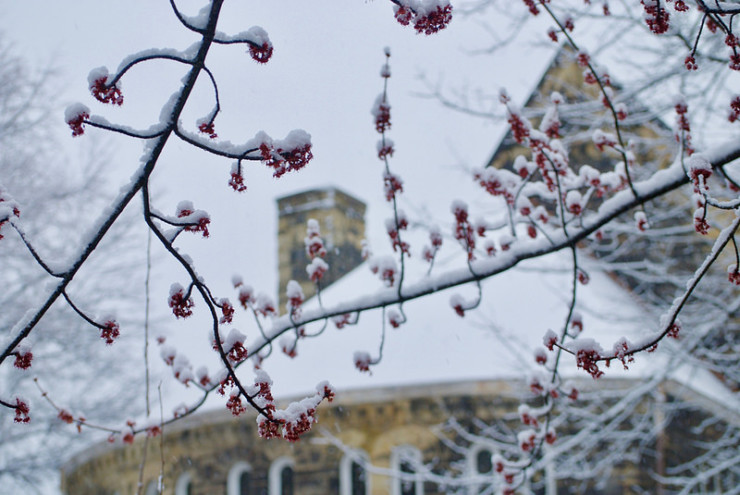 It is strange to read A Tale of Two Cities by Charles Dickens (1812-1870) and see the ongoing media coverage of Charlottesville, controversies over and vandalism of Confederate monuments, and the divisions in American society becoming only sharper. I say “strange” because the story that Dickens tells is a reminder that despite our science, our technology, our educational attainments, and the growth of knowledge, our human condition remains stubbornly the same.

The first and last time I read the book was in my sophomore year of high school. Our English class dutifully carried around the paperback edition published by Dell (the publisher, not the computer maker) with a yellow-orange cover. It’s one of Dickens’s shorter works, but to 10th grade boys, it still looked like a lot of fat book to read. Some in our class found the Cliffs Notes version of the book, while others got their hands on the Classics Illustrated comic book edition. A few of us read the book itself. And until I recently reread it, I’d forgotten what a wonderful story it is. Published in 1859, A Tale of Two Cities is one of Dickens’s later novels, which had the advantage of being written from a coherent outline. His earlier books, like Oliver Twist and Pickwick Papers, were written for magazine serialization without the benefit of the author knowing from the outset where the story was going. And it is a major reason why his later novels remain some of the most powerful works in literature—he knew from the beginning where the story was going to end.

The story has only four main characters. Dr. Alexander Manette, a Parisian physician, is falsely imprisoned to cover up a crime committed by members of the nobility. He nearly loses his mind during the long years in prison. His daughter, Lucy Manette, is brought up in England. Charles Darnay, a Frenchman, has emigrated to England to make his own living, having rejected his noble Evremont family for their cruelty and general wickedness. And Sydney Carton, an Englishman who is no relation to Darnay but looks remarkably like him, works various odd jobs in London’s court system as he drinks himself to death.

The story begins years before the French Revolution starts in 1789 with the attack on and fall of the hated Bastille prison in Paris. Dickens tells the story with the sense of inevitability—the storm that is coming upon France has been building for a long time.

The book contains two of the most quoted passages in English literature—the opening (“It was the best of times, it was the worst of times”) and the closing (“It is a far, far better thing I do …”). And while the two cities are ostensibly London and Paris—both of which displayed a horrendous disparity in wealth and social class—what the cities ultimately represent are choices. Dickens’s genius for characterization extends to his minor characters. Miss Pross, for example, is the English companion who helps to raise Lucy Manette, and she is about as quintessentially English as they come. And Madame Defarge, who sits silently click-clicking her knitting needles, sewing the names of the those who must die into her work, still provides chills.

For research, Dickens used one of the most popular histories of the 19th century, The French Revolution: A History, published in 1837 by Thomas Carlyle (1795-1881). Carlyle wrote more than the story of the revolution and the Reign of Terror that followed; he also captured the horror of the English middle and upper classes at the grotesque and murderous excesses that became everyday life in France for a time. It wasn’t only the nobility and the king and queen who went to the guillotine; the thirst for vengeance became so out of control that anyone, including tens of thousands of innocent people, could be accused, sentenced, and executed. It would only stop when the Terror began to consume itself, and the military, led by Napoleon, took over. 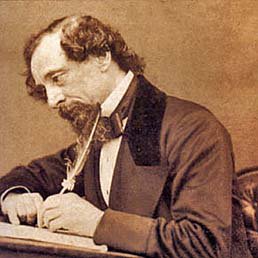 It’s not difficult to see from the book where Dickens’s own sympathies were—clearly on the side of law and order. But he wasn’t so insensible not to understand what had caused the revolution—generations of deprivation, want, and taxation for the lower classes, while the nobility wasted itself on frivolity, entertainment, cruelty, and excess. We eventually learn why Madame Defarge was filled with so much hate and anger, and we understand it. When the storm finally broke, however, it wasn’t only those most at fault who were swept away.

While the conditions faced in our country are nothing like what had happened in France, A Tale of Two Cities can be read as a morality tale, and a lesson on what happens when injustice is allowed to fester, and when the explosion leads to horrible excess.

Photo by Nick Amoscato, Creative Commons, via Flickr. Post by Glynn Young, author of the novels Dancing Priest and A Light Shining, and Poetry at Work.