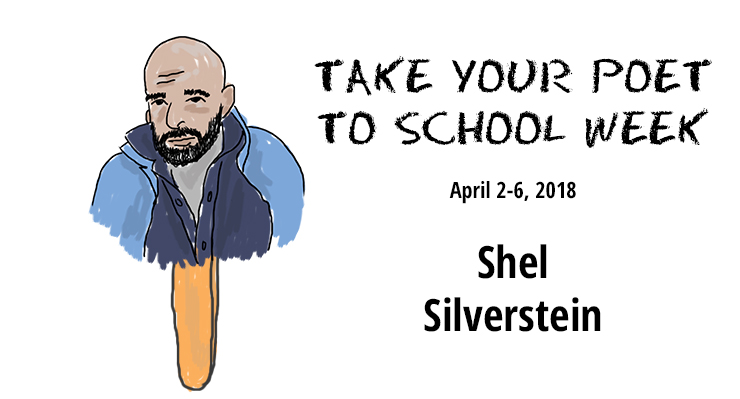 Check out previously released Robert Louis Stevenson, Ogden Nash, and Mother Goose. We’re pretty sure it would not be a Take Your Poet to School Week without beloved poet Shel Silverstein. 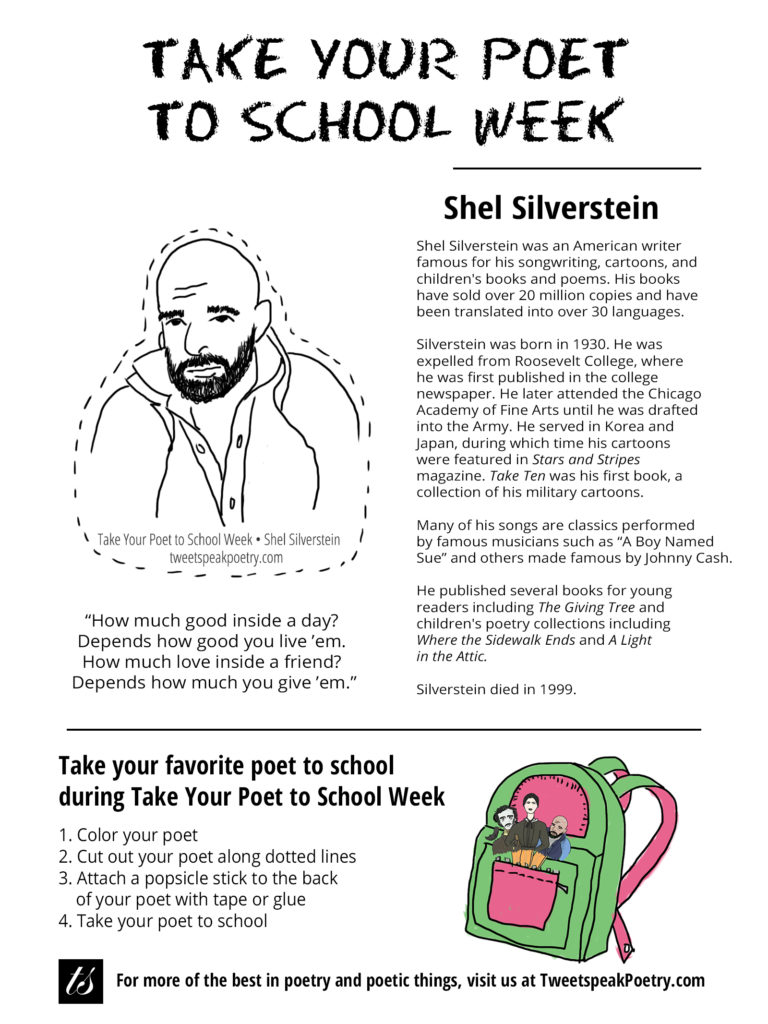 Shel Silverstein was an American writer famous for his songwriting, cartoons, and children’s books and poems. His books have sold over 20 million copies and have been translated into over 30 languages.

Silverstein was born in 1930. He was expelled from Roosevelt College, where he was first published in the college newspaper. He later attended the Chicago Academy of Fine Arts until he was drafted into the Army. He served in Korea and Japan, during which time his cartoons were featured in Stars and Stripes magazine. Take Ten was his first book, a collection of his military cartoons.

Many of his songs are classics performed by famous musicians such as “A Boy Named Sue” and others made famous by Johnny Cash.

He published several books for young readers including The Giving Tree and children’s poetry collections including Where the Sidewalk Ends and A Light in the Attic.