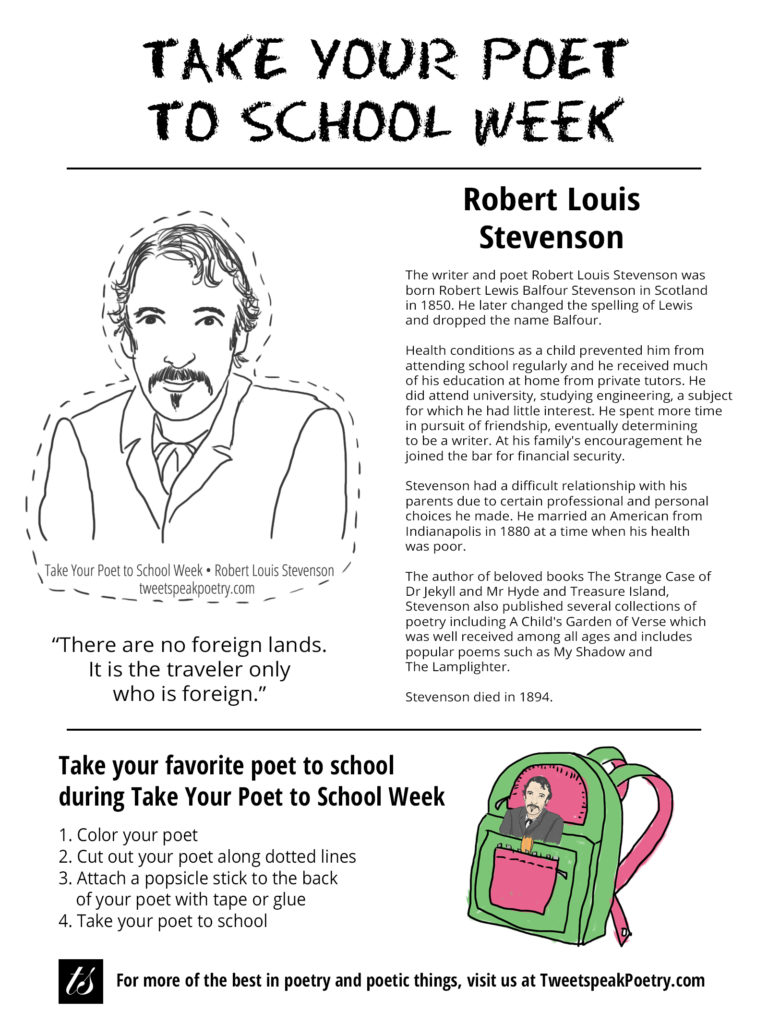 The writer and poet Robert Louis Stevenson was born Robert Lewis Balfour Stevenson in Scotland in 1850. He later changed the spelling of Lewis and dropped the name Balfour.

Health conditions as a child prevented him from attending school regularly and he received much of his education at home from private tutors. He did attend university, studying engineering, a subject for which he had little interest. He spent more time in pursuit of friendship, eventually determining to be a writer. At his family’s encouragement he joined the bar for financial security.

Stevenson had a difficult relationship with his parents due to certain professional and personal choices he made. He married an American from Indianapolis in 1880 at a time when his health was poor.

The author of beloved books The Strange Case of Dr Jekyll and Mr Hyde and Treasure Island, Stevenson also published several collections of peotry including A Child’s Garden of Verse which well received among all ages and includes popular poems such as My Shadow and The Lamplighter.