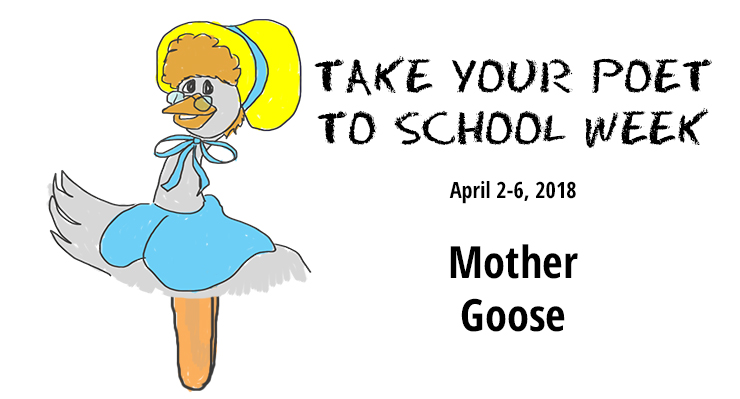 Check out previously released Robert Louis Stevenson and Ogden Nash, and this week, welcome Mother Goose to the club. Depending on who you ask, Mother Goose is a mythical character depicted as an older woman in rustic attire, including a tall hat and shawl (or, as we prefer, a goose). Or, she was a real woman, the widow of Isaac Goose, who lived in Boston in the later 1600s; she was a real or fictional woman living in France in the early 1600s; or she was the wife of French King Robert II in the 10th century.

The first historical reference to Mother Goose, or Mere l’Oye, was around 1626, while the first collection of poems was published in France in 1697 by Charles Perrault as Tales of Mother Goose. The volume was translated to English in 1729 as Histories or Tales of Past Times, Told by Mother Goose, while John Newbery later published Mother Goose’s Melody, or, Sonnets for the Cradle.

Mother Goose, whoever she may have been (or not), was known for such beloved children’s rhymes as “Baa, baa, black sheep,” “Hickory, dickory, dock,” “Humpty Dumpty sat on a wall,” and “Hot-cross buns!” among many, many others.