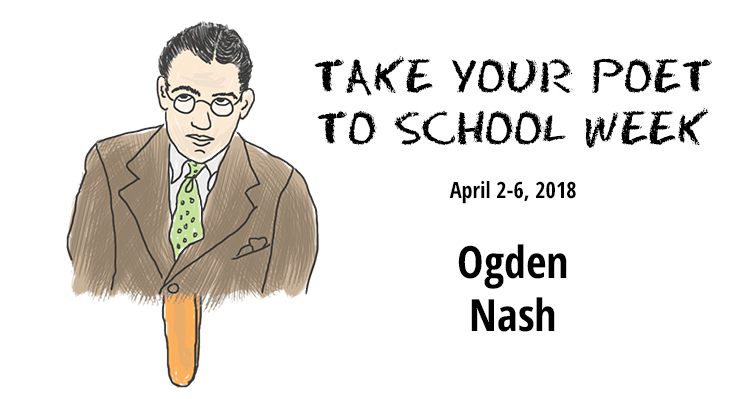 Check out Robert Louis Stevenson from last week, and this week, welcome Ogden Nash to the club. 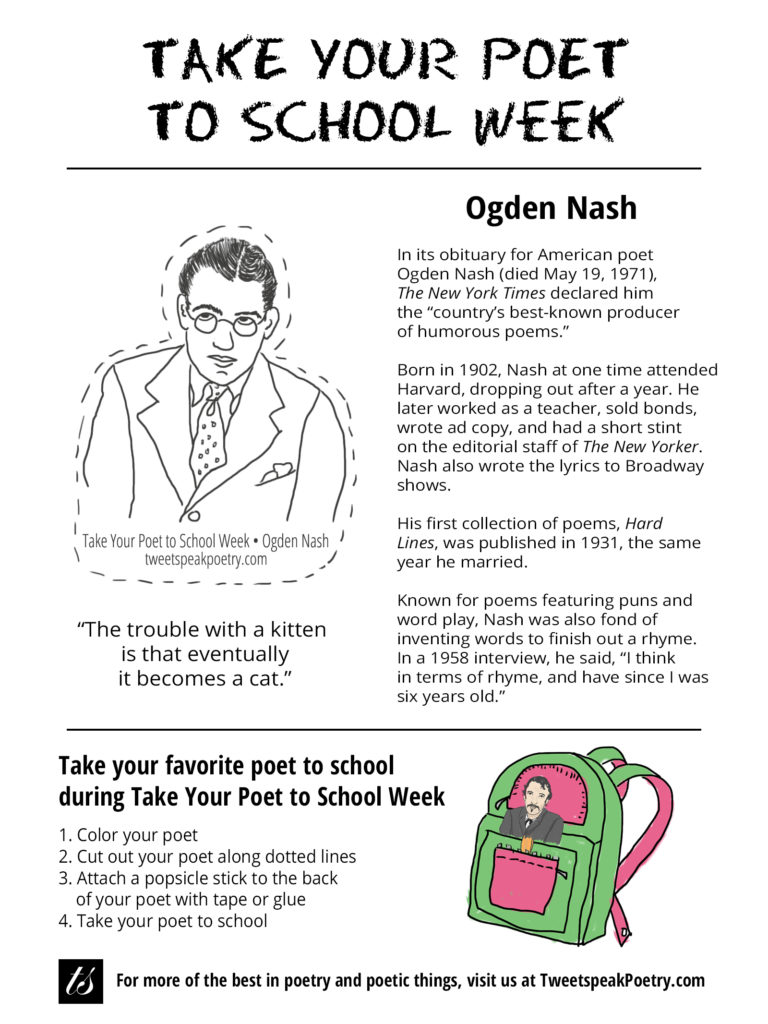 In its obituary for American poet Ogden Nash (died May 19, 1971), The New York Times declared him the “country’s best- known producer of humorous poems.”

Born in 1902, Nash at one time attended Harvard, dropping out after a year. He later worked as a teacher, sold bonds, wrote ad copy, and had a short stint on the editorial staff of The New Yorker.

Nash also wrote the lyrics to Broadway shows. His first collection of poems, Hard Lines, was published in 1931, the same year he married.

Known for poems featuring puns and word play, Nash was also fond of inventing words to finish out a rhyme. In a 1958 interview, he said, “I think in terms of rhyme, and have since I was six years old.”