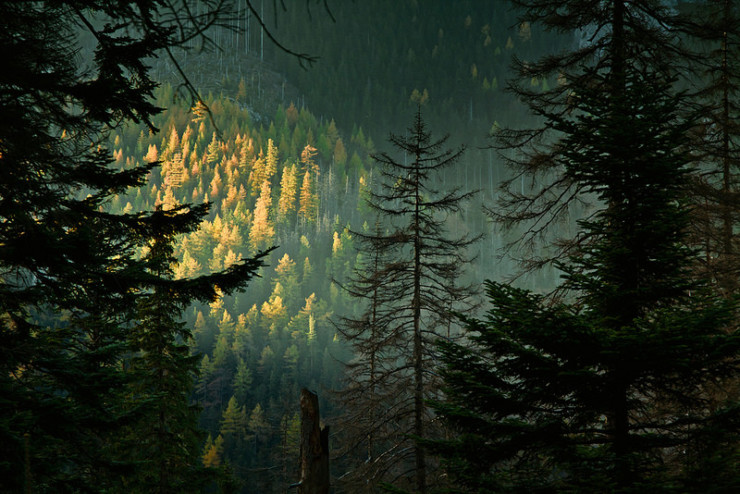 One of the significant themes in contemporary poetry is identity — with an open-ended definition of that word. Poets young and old are exploring what identity is, using their own lives as a prism. The recent National Book Award winner Indecency by Justin Phillip Reed is one example. The poetry of British poet laureate Carol Ann Duffy is another.

British poet Phoebe Power, in her first collection, Shrines of Upper Austria, explores a different facet of identity: an individual’s understanding of national identity. The collection received the Forward Prize for Best First Collection and was shortlisted for the T.S. Eliot Prize.

Power’s starting point is her grandmother, who arrived in England as a new bride married to a British soldier in 1946. Her grandmother was an ethnic German from Austria, which just the year before had been part of Nazi Germany. Imagine the reactions of her British neighbors, and her new British family. Imagine what she had left behind. The grandmother’s experiences and heritage become Power’s by family inheritance.

These poems are not a coherent travel account. Instead, they are fragments of a life, fragments of experiences. We can no more walk in our grandparents’ shoes than they can walk in ours. We can see pieces of their lives — where they lived, perhaps; where they played as children, what lakes or streams they swam in. We can study old family photographs, those two-dimensional representations of lives that existed long before we were born. But it all comes to fragments.

This was the grandmother who spoke no German (kein Deutsch) to her grandchildren. She likely said little about her wartime experiences unless asked. Power had to go on something of a search, to find the Austrian life of her grandmother. She visits what she comes to call shrines, the shrines of Upper Austria (Oberosterreich), and what results is something like a pilgrimage.

In and Out of Europe In 2016, polling day,
I’m swimming in the Traunsee.
Oberosterreich.

In 1946, my grandmother came
to Britain, and spoke kein deutsch
to her children.

As a child she swam
in the Faakersee, Worthersee,
River Gail;

I swam as a child
in the Eamont, Ullswater,
Cumbria.

There’s a Schloss in the town
I’m living in, named for
my constituency:

‘Cumberland, a lake-rich
county of England’,
where I vote by proxy.

Power bookends this poem with lines about British elections, specifically Polling Day in May 2016, when voters elected just about all positions except members of Parliament. These elections were close in terms of political party preference, and that gave no indication of the stunning result of the Brexit vote seven weeks later. She frames her poem with these election references; who votes in an election except a citizen (in theory, at least)? Voting is an example of identity — you are able to vote because you fulfill the citizenship requirements for voting. Her reference to “vote by proxy” would be, in American experience, to vote absentee, which means she’s not there for the election itself. In the context of the poem, it’s as if her absentee vote is not a real vote, because her identity doesn’t feel quite real.

Like many of the poems in the collection, “In and Out of Europe” includes German words and phrases and references to Austrian geography. Traunsee, Faakersee, and Worthersee are Austrian lakes; the River Gail is in southern Austria. Schloss is German for castle. They contrast with the bodies of water where Power herself swam — all in Cumbria in England’s Lake District.

Power was born in Newcastle-on-Tyne and raised in Cumbria. She’s participated in a number of performance art and video art projects and received a Northern Writers’ Award in 2014 and an Eric Gregory Award from the Society of Authors in 2012. She lives in York in northern England.

In Shrines of Upper Austria, we walk with the poet to consider artifacts of her grandmother’s life before Britain — the small town where she lived and where “many of the shopkeepers were Jews”; the bodies of water; buildings that existed when her grandmother lived there. She adds prose selections — how her grandmother was found as a baby and given to a farmer when she was two; the account of a local murder case; the baker’s shop that has since closed. Like Power, we are left with pieces. They don’t all make sense, but collectively they demonstrate a life.

Photo by Pawel Pacholec, Creative Commons, via Flickr. Post by Glynn Young,author of Poetry at Work and the novels Dancing Priest, A Light Shining, Dancing King, and the recently published Dancing Prophet.