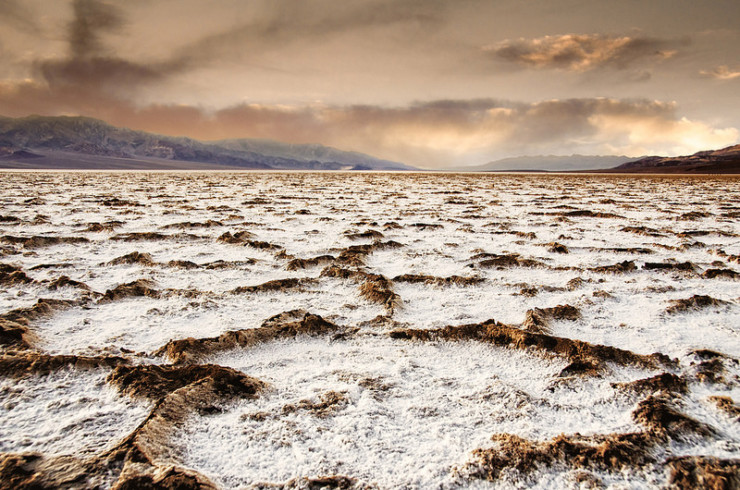 Poets Scott Owens and David Chorlton might rightfully be called “poets of the land.” But the lands they immerse themselves in, reflect upon, make sense of, and help others understand are very different.

For Owens, in his collection For One Who Knows How to Own Land, it is the land of memory and childhood, the growing up on a family farm. This is the land that has the contour molded by the human hand, or many human hands.

The land Owens describes is a land that has a history, human as well as natural. It’s the land where boys take their BB guns, and where cows have to be milked in the dark, early hours. It’s the land filled with sounds of whippoorwills and grasshoppers, the cackling of hens, and kitchen sounds of breakfast being made before the farmer heads to the fields. It is a land confined by fence and barbed wire, utilized by machines to produce crops. It is edged by woods and rivers, washed by rain, and marked by the occasional abandoned house, a reminder that others have been here before.

And it is a land that stains a grandfather’s hands. were always covered with the stuff,
the red dirt of earth he knew as his own,
the etched-in reminders of everything
he touched: white globes of onions,
red bags of tomatoes, yellow veins
of quartz. All day he spent with his hands
in the earth, digging in the quarry,
digging in the garden. Each night he tried
to take it off, turning his hands
like soil in the sink, scrubbing
the furrows of fingers, scraping
the hard mounds of his palms.
No matter how much he removed
there was always more, caked beneath
the fingernails, packed in the cracks
of his hands, the smell of onions
rising, his touch growing harder,
his motions more like digging each day.

For One Who Knows How to Own the Land is filled with memory, memory of a land that is inextricably tied to the present. It is land both shaping and shaped by humanity.

David Chorlton’s The Porous Desert is about a very different kind of land, a land that exists outside of the hand of humanity and is virtually self-contained. No crops grow here; no tractors plow to plant seeds for food. Even the infrequent rains don’t smell like rain; instead, they smell like creosote.

This is the land of sand and rock, of insects and scorpions, with cacti instead of trees, and scrub and tumbleweed instead of planted bushes. This is wild land, with its ghost towns serving as monuments to those who sought to extract or conquer but ultimately failed. This is the land of canyons and heat, where “dry is a shade of light on a mountain.” The gods of this land are sun and sky, drought and rain, and they are not to be defied.

And how do you find your way in this land? 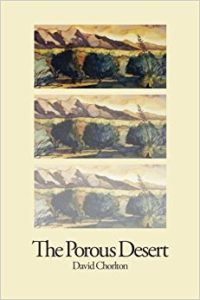 In a landscape of secrets, only the survivors
of a previous visit know
where to look. They alone

see the ridges of light pierced with thorns
as they rise
from shallow roots, the folds
in rock where the sun
cannot reach, and the names
of every shrub and cactus
pushing through
like a hoarse voice
the silent surface of the desert.

for their ration of water and darkness.
This is their country,

for which no passport has been issued,
for which there is no guide book,
where the compass needle plays its wayward tricks
and true north exists
wherever you decide.

The Porous Desert is the story of a stark, seemingly barren land, but it is a land with its own history and its own character.

Scott Owens on poetry as “The Common Arranged Uncommonly Well”

Photo by Steve Corey, Creative Commons, via Flickr. Post by Glynn Young, author of the novels Dancing Priest and A Light Shining, and Poetry at Work.