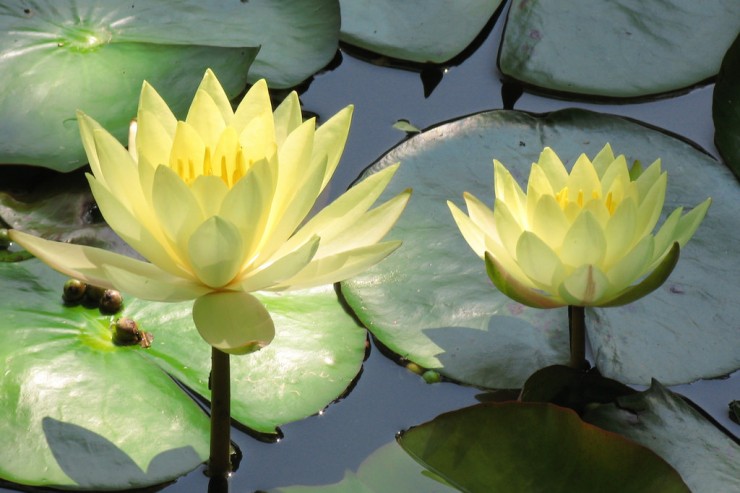 Two poets—Elizabeth Onusko and Athena Kildegaard—have published new collections that both examine society. Individual poets with distinctive voices, each uses a different lens. And yet when we are done reading them, we come to similar conclusions and understandings.

Onusko’s Portrait of the Future with Trapdoor considers society through the filter of illness—disease, self-diagnosis, examinations by medical specialists, treatment, and success or failure. It’s an arresting idea—and one Onusko extends in the poems in the collection, such as the title poem.

Portrait of the Future with Trapdoor (title poem) The day comes when details of the latest catastrophe
are irrelevant because a pattern, at last, lets itself be seen.

Your role is neither hero nor victim, but witness,
the one who converts what is into what was and lives

with the memory of it. Mudslide, mass shooting,
blood clot lodged—what do the circumstances matter?

This is how it’s always been, this is who you always were,
but it’s not your fault each time the story resets,

you fail to alter its course, and each time it ends,
the devastation seems both new and known.

Most of what you learn is that you haven’t learned.
How long it takes. How without warning

the bottom falls out from beneath you. Consider this for any length of time and you see where the poet is headed: the idea of catastrophes—mud slides, mass shootings, or perhaps even earthquakes and destructive tidal waves—as illnesses upon society. The 50 poems in the collection move back and forth between descriptions of illness and its various stages, and news and life events.

Previously the author of a chapbook entitled The Prague Winter (2013), Portrait of the Future with Trapdoor is Onusko’s first full-length poetry collection, one which won the Bryant-Lisembee Book Prize from Red Paint Hill (the publisher). Her poems have appeared in Witness, Best New Poets 2015, Redivider, Southern Humanities Review, and other literary publications. She is also a founding editor of Guernica. She received an MFA degree in poetry from Sarah Lawrence College and an M.A. degree in English from Fordham University.

In the 77 poems of Ventriloquy, Athena Kildegaard has a similar aim: use her poems to reflect upon and engage with societal questions and issues—the environment, technology, and religion, and among others. The poems are grouped into distinctive parts—gardens, with each poem named after a flower; saints (contrary and futile); divination; and “still life with universe.”

The Wee Saint of Big Data never topped humming,
insinuated herself
between who we are
and who we want to be.

Some tried
to scoop her up,
to hold her still,
make her into revelation.
She slipped past,
Someone tried to grab hold,
she slithered on.

By her persistence
we are rendered inconsequential. “Big Data, ” one of the current IT and business crazes, attempts to make sense and draw important learnings and knowledge from interpreting large collections of data. Kildegaard gives it its own saint, a “wee one, ” perhaps because a wee one is all you need for all those little bits of information that don’t mean much by themselves but collectively could mean far more.

Kildegaard, a lecturer at the University of Minnesota, has taught English composition, environmental ethics, and creative writing. She is the author of three previous collections of poetry: Rare Momentum (2006); Bodies of Light (2011); and Cloves & Honey: Love Poems (2012). She’s received grants from the Lake Region Arts Council (LRAC) and the Minnesota State Arts Board and the 2011 LRAC / McKnight Fellowship.

In their new collections, Elizabeth Onuska and Athena Kildegaard show how poetry can diagnose society’s illnesses and problems.

Photo by TANAKA Juuyoh, Creative Commons, via Flickr. Post by Glynn Young, author of the novels Dancing Priest and A Light Shining, and Poetry at Work.