The two poetic voices featured today come at poetry from decidedly different directions. Susan Lewis, in How to be Another, exclusively uses the prose poem form, while Katharine Hoerth centers her poems, in Goddess Wears Cowboy Boots, in a specific geographic region.

Lewis is the author of several other collections of poetry, including Animal Husbandry (2008), State of the Union (2013), and This Visit (2014). In How to be Another, her exclusive use of the prose poem form for the 70 poems in the collection gives the volume an almost news documentary feel, as she considers all of the facets of relationships. “Say Something” is one example:

Say the end is the beginning. Say this is a matter of life and death. Say America is just another bubble. Say a thing or two about milkweed or super-heroes, vibrations or delicious speculation. Say the proof is in the pudding. Say each moment has a life of its own. Say you never want to blink. Say you sweet-talked fear to burrow for this moment. Say you can’t imagine another scenario. Say you’ll pay attention. Say there’s help on the way. Say there isn’t. Say what you’d rather not. Say what you please. Just promise to listen. 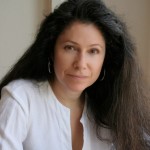 The poems in How to be Another are divided into four sections – “i.e., ” “e.g., ” “Rx, ” and “viz.” The collection is thought-provoking, each poem offering a different slant, a different view on that which we often find commonplace.

The 75 poems by Katherine Hoerth in Goddess Wears Cowboy Boots (which should win a prize for best poetry title of the year) are rooted in childhood and East Texas, and yet surpass being classified only as “regional poetry.” Some of the poems tell stories, and especially those about childhood and its memories – catching crawdads with other children; grasshoppers attracted by canna lilies; a high school football game; sacking groceries at the local supermarket.

And climbing a favorite tree, where she may have first became aware of her goddess tendencies: It was a solid tree, a place of shade
and quietness, that grew along the edge
of our property. I’d spend the summer
afternoons there, scrape my legs while climbing
up its branches to the highest limb
that’d hold my weight so I could be alone.
Underneath that canopy of green,
creation shook with every move I’d make:
a rustling of foliage, tumbling fruits,
the flapping wings of startled mockingbirds.
The fig tree grew the perfect size for me,
at ten, so I could feel like a god,
when every other place felt far too vast
to fill, like it was built for someone else.
The branches curved against my back, the leaves
reached to the sky to shield my nose from sunburn,
and the figs, within an arm’s reach, ripened
deep maroon just for my tongue to taste.

Some of what Hoerth in Goddess Wears Cowboy Boots describes is surrounded with fondness, but there are the uglier, more difficult issues and events. She casts a sharp, practiced eye on good and bad together, creating a collection (for a goddess, even a human one) that has depth and texture.

Hoerth is also the author of a collection of short stories, The Garden Uprooted, published in 2012. I hope to see more of her poetry.

Lewis was interviewed this past March by Blotterature on writing and where she finds inspiration.