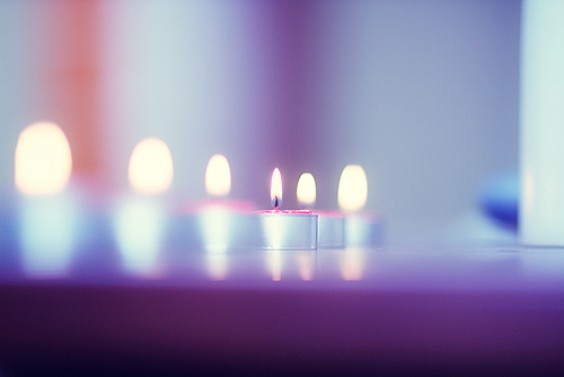 Kristin LeMay’s I Told My Soul to Sing is a beautiful book. As I read, I kept thinking, “Now that is just like a line of poetry.”

And I wasn’t talking about the Emily Dickinson poems that are scattered throughout the book like so much beach glass winking in the sun. I was talking about LeMay’s prose itself, which is lyrical and lovely—hardly surprising from a writer steeped in the language of Emily Dickinson and Anglican liturgy.

So when I sat down to write this post about “How to Write a Found Poem, ” I knew I was going to use LeMay’s book as my found-poem source. It’s chock-full of poems waiting to be discovered, so I started skimming, reading a paragraph here, a sentence there, and then—this:

I never entered the cathedral without thinking of Claudel, wondering which was the pillar, as if by standing beside it I could know the same overthrow. Pushed aside that day, I watched as the procession came in pairs, first choirboys, priests in cassocks and nuns in veils, then candle bearers, thurifer and crucifer, the Word luminous in silver casing, and a whole cast of celebrants in embroidered chasubles and copes, glimmering in the half-light, and then last of all and all on his own, the bishop of Paris. I knew him by his miter and the wooden shepherd’s crook he carried. As they passed, the always-new-yet-familiar feeling began to stir in me, like starlings’ wings before they rise. Then—out of nowhere and for no reason, yet undeniably as light or honey—the bishop of Paris looked me in the eye; his own eyes simmered with the hint of a laugh. I thought, inexplicably, “I know him.” Then he inclined his head to me—to me—a tiny bow—I was standing among thousands—and whispered to me, “Bonjour.” I knew at once that it was not him but God who was greeting me.

As I read, I could see the pairs of choirboys and priests and celebrants parading in the half-light down the page of a poem and then the bishop—himself—alone. I liked the pairing of overthrow and pushed aside; the image of starlings’ wings, of light and honey. Yes—this would make a fine poem.

My first task was to axe the last line. It works fine in the context of LeMay’s prose, tying this paragraph to the ones before and after, but it’s too pedantic for a poem. I don’t like poetry that tells me what it’s about, that tells me “this is what this means.” I prefer a little ambiguity. I prefer the words and images to invite me to make meaning with them. So—out with the last line.

Next, I started to fiddle with line breaks. This is where a found poem starts to become my own. I knew I wanted to echo in form that long processional down the nave of the church, everybody in pairs except the bishop, who gets his own line, his own stanza even, to show that he walks alone.

Poems require immediacy, so I got rid of most of the words that create distance—words like as and then and the. Having eliminated these explanatory phrases, I fiddled with the order of the words: I wanted the form and the wording of the poem itself to make the relationships between phrases clear, to make the connections.

And since LeMay references Claudel at the beginning of her paragraph, I added a line from Claudel (which LeMay includes two paragraphs before this one) as the poem’s epigraph, leaving it in French to create a chiasm with the poem’s last line, which is also in French. I figured most word-lovers could at least approximate an English rendering of Claudel’s words.

Finally, since LeMay’s words are a response to Dickinson’s poetry, I also knew I wanted to include the characteristic Dickinson dash. At first I’d thought I’d have two or three, a gentle nod in the direction of Dickinson, but the more I played, the more dashes I included until I just decided to use them in place of any and all punctuation, including the final period. That last dash implies there is more to the story, invites careful readers to ponder what that more might be.

Now, I do wonder sometimes about all this reworking I do: does it count as a found poem if you’re doing all this fiddling? If you’re adding and subtracting and rearranging words? Perhaps not.

But for me, the fun of writing found poetry is in that very process of making someone else’s words my own (or at least partly my own), of bringing my own understanding of a passage to the page and trying to recreate my vision—visually through line breaks, of course, but also through the words themselves, chosen or omitted or reordered to create a new piece of writing.

I never entered the cathedral
without thinking of Claudel—
which was the pillar?—
as if by standing beside it I
could know the same
overthrow—

pushed aside that day, I watched—
the procession came in pairs—

the bishop of Paris—

I thought
I know him—

he whispered
to me—to me—

Photo by Pure9, Creative Commons license via Flickr. Post by Kimberlee Conway Ireton, author of The Circle of Seasons: Meeting God in the Church Year.