October is Down Syndrome Awareness Month. As you may know, T.S. Poetry Press has published a memoir: Sun Shine Down—called a “jewel [that] rises to the top” of the category of Down syndrome memoirs. Yes, we have an interest in bringing beauty to light, regarding this life reality.

Throughout October, we will feature poetic and artistic looks into the experiences of those who live with Down syndrome in one way or another. Today’s feature is a peek into the artistic vision of Kasia Puciata, followed by a found poem we created from her own words (title excepted)… 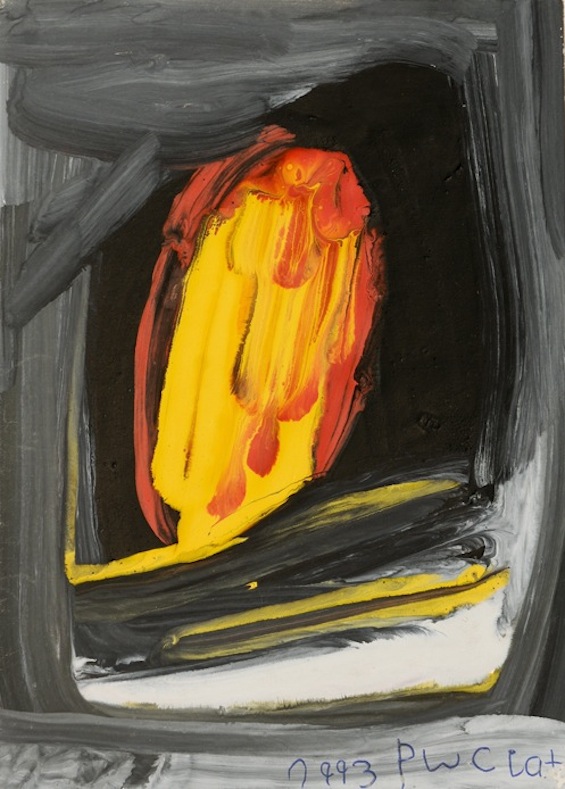 The Dream of Kasia

I am lonely
Why are you staring at the computer screen, not me?
Where do you dream?

Tomorrow I will make an experiment.
God will do confessions.
Will He have time to talk? Can one can come to Him and talk seriously?
Where do you dream?

Do you die in your clothes?
There are small rooms in Heaven, beds, two rooms and two beds.
Why did God create the world?
Where do you dream?

I would like to know when is the end of the world. Is it on Saturday,
Tuesday or maybe Wednesday?
When Liniewski calls tell him that I am cheating on him.
Bury me in Powazki and cover me with soil, like you covered Father!
Where do you dream?

—found poem, from the words of Kasia Puciata

Kasia Puciata fell into a two-year silence after her father died. Hospitalization and medication eventually brought her to speak again, but it was through a newfound art (encouraged by an observant mother) that Kasia eventually found a vibrant voice that could express the inexpressible.

She was recognized by the art establishment in Poland, and the great art critic Andrzej Oseka noted, “The usual way of perceiving was not available to her. She tried—with the help of those close to her—to somehow join the world. She copied letters from a first grade schoolbook, tried embroidery and playing the guitar. Three years ago she tried painting for the first time. I consider the results astounding. It has to be a different way of perceiving since this art is so mature, so beautiful.”

For more on Kasia Puciata, see her sister’s website and the fuller story.
Browse more features on Down Syndrome
Browse more art and poetry “Gillian Marchenko’s Sun Shine Down is a moving account of the birth of her third daughter, Polina. She describes her depression after Polly’s birth and her own difficulty in loving her child. Beautifully written, this memoir is hopeful without being glib.”