“The Chimney Sweeper” (from “Songs of Experience”)

A little black thing among the snow:
Crying weep, weep, in notes of woe!
Where are thy father & mother? say?
They are both gone up to the church to pray.

Because I was happy upon the heath,
And smil’d among the winters snow:
They clothed me in the clothes of death,
And taught me to sing the notes of woe.

And because I am happy, & dance and sing,
They think they have done me no injury:
And are gone to praise God & his Priest & King
Who make up a heaven of our misery. 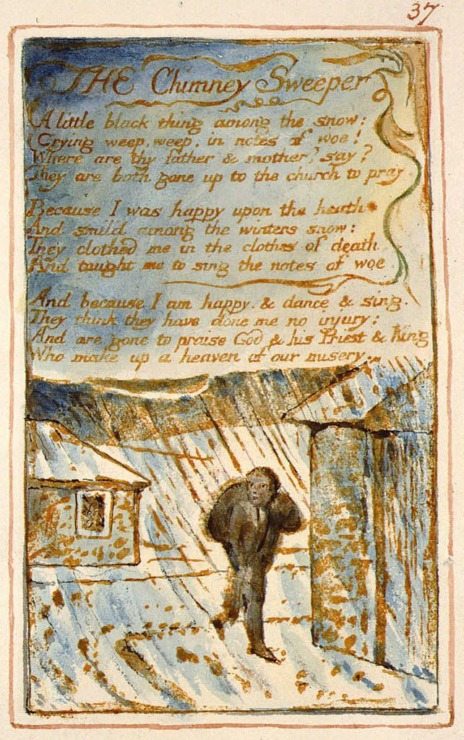 “The Chimney Sweeper” Pen and Ink Illustration by Sara Barkat Reading of “The Chimney Sweeper,” by William Blake

Musical Interpretation of “The Chimney Sweeper,” by William Blake