I remember my childhood Christmas celebrations by presents and relatives.

The earliest Christmas I recall must have been when I was three. My mother, at her wit’s end by my constant pulling of pots and pans from the shelves, prevailed upon my father to buy a toy set, which was interesting, but not as interesting as the jack-in-the-box my father had searched New York City for, or the Davy Crockett coonskin hat (with faux raccoon tail) that was all the rage because of the television series with Fess Parker. The Christmas puppy arrived when I was six. The Lionel model train came when I was seven. The “big boy’s” bike (26-inch wheels) showed up when I was 9. The BB gun came at 10. The last remembered present was a chess set using the characters of Augustan Rome—Augustus for the king, Livia for the queen, and Cicero for the bishop. I still have it.

And the relatives. We lived in New Orleans, my mother’s hometown, and she came from a large family. For years, our suburban ranch home was the place for Christmas dinner, for no other reason than its large den that could hold everyone for dinner. My mother would always make the pies and the fruit salad. My father would cook the Christmas turkey and make oyster dressing, which everyone in the family raved about. Except me. I wouldn’t eat it, possibly because I saw what the raw oysters looked like going into it. We’d be descended upon by aunts, uncles, cousins, my grandmother, a great-aunt and great-uncle or two, friends of the family, occasional visitors, and even business associates of my father from time to time. It was loud, boisterous, and often comic, fortified by a large stock of alcohol and a red cordial homemade by an aunt and called Cherry Bounce. My father tried making Cherry Bounce one summer, but the bottles exploded on our back porch. (I found a recipe that is close to the concoction I remember, at the Washington Post, of all places. It was a favorite of George Washington, so we were in good company.)

It’s easy to look back on those Christmases past as times when life was simpler and easier. Nostalgia makes the heart grow fonder, but I can remember the Christmas two months after the Cuban missile crisis when nuclear war had looked all too possible, and the adults were still tense.

To read a reminiscence like A Child’s Christmas in Wales by the poet Dylan Thomas is to knowingly indulge in a bit of nostalgia and sentiment. In its own way, it’s like the 1983 movie A Christmas Story, based on the writings of Jean Shepherd. (My BB gun was a version of Ralphie’s Red Ryder rifle, but unlike Ralphie I didn’t almost shoot my eye out.) The passage of time can dim the bad and heighten of the glow of the good, and A Child’s Christmas in Wales is all about the fun and the good of Christmases past.

It’s written as prose, but you can tell a poet wrote it. It debuted in 1952 as a reading by Thomas on the BBC, and it still hits all the right notes of characterization, mischief, anticipation, and excitement. You want to be Jim and Dylan, throwing snowballs at cats and watching the firemen using excessive water to extinguish what turns out to be a small smoking pipe fire. But, oh, the excitement of the fire trucks, “better than all the cats in Wales standing on the wall in a row” to throw snowballs at! You fully agree with the classification of Christmas presents into “useful” (mufflers, mittens, and books without pictures) and “useless” (all of the fun stuff, like a little hatchet, toys that made embarrassing sounds, and toy soldiers). And the most dastardly candy of all:

‘And a packet of cigarettes: you put one in your mouth and you stood at the corner of the street and you waited for hours, in vain, for an old lady to scold you for smoking a cigarette, and then with a smirk you ate it. And then it was breakfast under the balloons.’ ‘Were there Uncles like in our house?’ ‘There are always Uncles at Christmas.’ 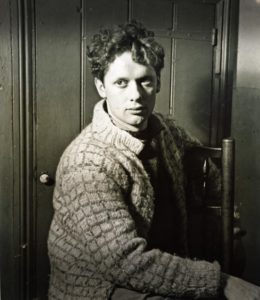 We all had Uncles at Christmas, even if some of them were boyfriends of aunts. My favorite uncle, already bleary-eyed from too much Christmas cheer, would arrive and proceed to stay very, very close to the Cherry Bounce. The level of Bounce would drop in the bottle as the level of Bounce increased in his eyes. The boyfriend of one of my cousins would always be elected to drive my uncle and aunt home.

After dinner, the relatives who had celebrated with their own large families would arrive for dessert, usually bringing more Cherry Bounce with them. No one thought about caroling at strange and possibly haunted houses like Dylan and his friends did, but after dinner and extended conversation and joke-telling and more rounds of Cherry Bounce (and Mogen David wine), someone would start singing and soon everyone would join in. That was the signal to us kids that it was time to go watch the adults make Christmas fools of themselves.

We had a relatively large patch of woods near my house, and my city cousins (they were all city cousins) always wanted to go exploring. Even in suburban New Orleans, snakes hibernated in winter, so the explorations were usually terror-free. The woods were large enough so that you could lose sight of the surrounding neighborhoods and imagine yourselves in a real forest. One cousin always worried about getting lost; he’d read Hansel and Gretel too many times.

A Child’s Christmas in Wales is a fond, nostalgic look at one’s childhood, full of fun and sentiment and unrealistic forgetting over the bad parts of life. But for all the sentiment, it serves as a reminder that we were all children once, whether in Wales or New Orleans, and the world was a mystery, full of woods to explore, presents to unwrap, laughter, and singing. And, of course, adults drinking Cherry Bounce.

Note: I read the 2014 edition of A Child’s Christmas in Wales, a paperback published by Orion Children’s Books and delightfully illustrated by Peter Bailey. It’s not available from Amazon in the U.S., but it is available at Amazon UK and through an Amazon subsidiary, Book Depository, which ships free worldwide. Hat tip to poet Malcolm Guite, who first put me on to Book Depository when his Mariner was published.

Photo by Hannes Flo, Creative Commons, via Flickr. Post by Glynn Young, author of the novels Dancing Priest, A Light Shining, Dancing King, and the newly published Dancing Prophet, and Poetry at Work.