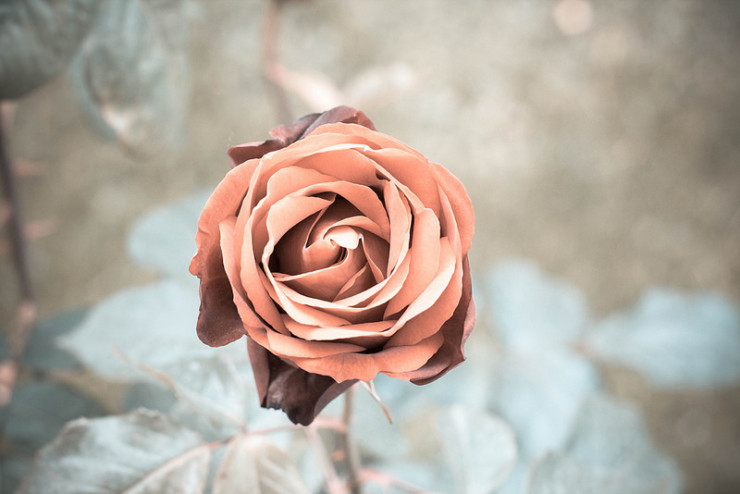 Poet Mary Karr is as well known for her memoirs as she is for her poetry. Her memoir The Liar’s Club sat on the The New York Times bestseller list for more than a year, won nonfiction prizes, was chosen a “best book” by several major publications, and was followed by two other successful memoirs, Cherry and Lit. Then she wrote The Art of Memoir.

Karr has published four collections of poetry: The Devil’s Tour (1993), Viper Rum (2001), Sinners Welcome (2009), and now her most recent collection, Tropic of Squalor (2018). If there is one writing skill at which Karr excels (and there are more than one), it’s her use of vivid imagery and metaphor. Even the titles of her poems are arresting and often jarring: “Illiterate Progenitor,” “Discomfort Food for the Whole,” “The Organ Donor’s Driver’s License Has a Black Mark,” “The Child Abuse Tour”—well, you get the picture.

More than half of the 35 poems in the collection are grouped under the heading “The Less Holy Bible.” Her psalms are titled “Carnegie Hall Rush Seats.” Her Book of Kings is “The Obscenity Prayer.” Her Book of Acts is “The Like Button.” Philemon is “Notes from the Underground.” These titles are irresistible, pulling you into a journey that is both strange and familiar.

Even the stand-alone poems catch your attention and project vivid images. It’s as if we’re watching a movie while we’re reading the words. Watch how Karr uses images related to liquids and water in this poem. 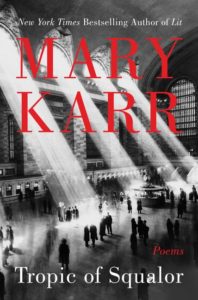 be obliterate As if as the kids say This is the simple act of lying in a lawn chair and looking upward through the trees to the sky. Or is it the devil considering his own altered version of Genesis, deluding himself into believing he could create his own primordial sea? And she makes use of invented words, like “rivering,” “cloudways,” and “fingersnaps,” these invented words underscoring the alternate (and invented) world being considered.

Karr is the Peck Professor of Literature at Syracuse University. Her 2016 commencement address at Syracuse, Now Go Out There (and get curious), caused such a stir that it was published as a book. She’s received awards from PEN and the Texas Institute of Letters, a Guggenheim Fellowship, the Whiting Award, and Radcliffe’s Bunting Fellowship.

Every poem in Tropic of Squalor grabs you by the throat and doesn’t want to let go. Karr continues to deserve her well-earned reputation for excellence in imagery and metaphor.

Photo by Omer Unlu, Creative Commons, via Flickr. Post by Glynn Young, author of the novels Dancing Priest, A Light Shining, Dancing King, and the newly published Dancing Prophet, and Poetry at Work.