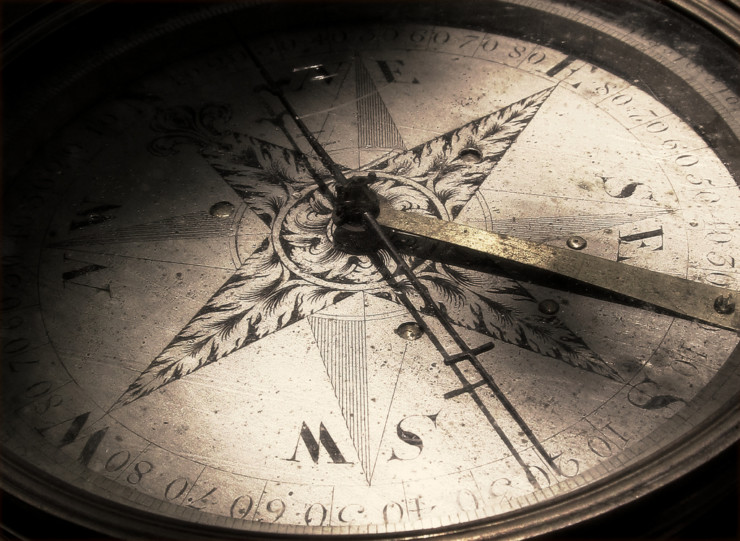 British author Robin Robertson has accomplished the highly unusual if not impossible: he’s written a poetry book that was shortlisted for the 2018 Man Booker Prize. That’s a prize given for novels.

Robertson’s The Long Take, or A Way to Lose More Slowly, didn’t win the prize (that went to Milkman by Anna Burns), but making the Man Booker short list is something of an achievement. And there’s more. The Long Take is a poetry book, it’s a novel or something like a novel, and it unfolds like a noir movie. You’ve never read anything quite like this. Part of the Bunker Hill neighborhood in 1940s Los Angeles

Admittedly, I was attracted by the connection to the noir genre of fiction; in fact, from what I read about it and the Man Booker nomination, I thought it was a noir novel. Only when I started reading it did I realize I had a poetry book in my hands.

Walker, the main character, is a Canadian veteran of World War II. When he returns home, he eventually lands in New York City. But this is the late 1940s, and California is beginning to exert its pull on the imagination. He takes the train west for Los Angeles. He finds a room in the old, rundown section of downtown. He makes a few friends.

One friend, named Billy, urges him to find a job with a newspaper, like The Press. He becomes a reporter, writing about the homeless, the down-at-heel, the forgotten people. Walker works and lives in the noir world of Los Angeles in the 1940s and 1950s, with a side trip to noir San Francisco for an extended reporting assignment. And what we come to see is that our reporter is suffering from post-traumatic stress disorder because of the war—specifically because of something that happened toward the end of the war, an event that destroyed his life, his romance with the girl back home, and any hope for a normal future. It’s why he can’t return home, even as he sends the occasional postcard to the girl he loved.

Here Walker is in his room in a boarding house, awakening after a long drinking bout: Coming to on his low, steel-framed bed: thin drapes,
a chair and table with a bowl for shaving, a mirror
with its glass split through.
His eyes are bad. He feels things
shift in the corners
but there’s nothing there.
His stomach’s in pieces.
The floor moves
and he thinks he sees rats running
right across the door.
There’s two of something in the mirror.
His kidneys hum.
He turns on the light and the whole ceiling’s crazed
Like old pottery. He blinks, looks again.
The cracks all gone.
The night’s drained out of the sky and it starts over.
The bottle’s lying on its side
but there’s still a drink in it.
The cockroaches watch from the walls.

As in almost all classic noir stories, the drinking is almost a character in itself. Walker spends a lot of time in bars, listening, forgetting, occasionally picking up the stereotyped women at home in a Raymond Chandler or Dashiell Hammett novel. This is a man who’s seriously broken, who believes the pieces can’t be mended. Even his physical surroundings are being broken, as downtown Los Angeles is rapidly being transformed by being torn down (even the hills) and built back up. All the while we’re getting closer to what happened to Walker in the war, and we realize that Walker is man looking for a redemption he doesn’t believe exists. California is not the future; it’s become the past.

And this is a poetry book. 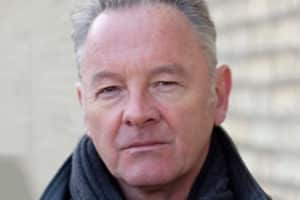 Robertson, a native of Perthshire in Scotland, lives in London. He’s published several collections of poetry, many of which have received such recognitions as the E.M. Forster Award from the American Academy of Arts and Letters, all three Forward Prizes, the Roehampton Poetry Prize, and the Petrarca-Preis. He is a Fellow of the Royal Society of Literature and has also translated the work of Swedish poet Tomas Transtromer.

When I finished The Long Take, I walked outside, to reorient myself. This genre-bending poetry-book-gritty-novel-noir-movie left me astounded. When you read a work like this, a work that’s this good, you become the character. You’ve crawled inside his head and he’s crawled inside yours. And it’s unsettling.

Photo by Walt Stoneburner, Creative Commons, via Flickr. Post by Glynn Young, author of the novels Dancing Priest, A Light Shining, Dancing King, and the newly published Dancing Prophet, and Poetry at Work.