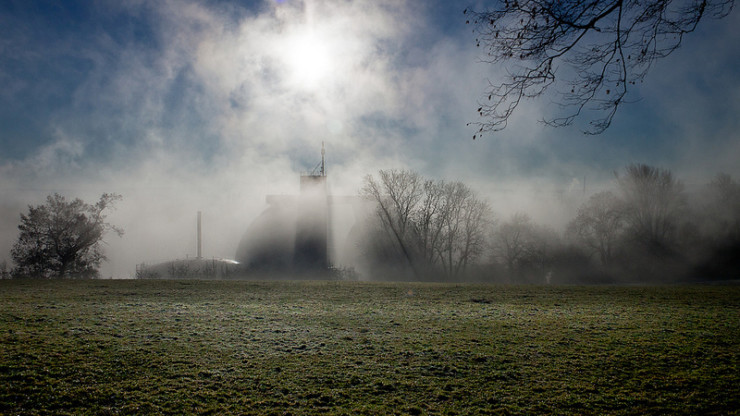 The Performance of Becoming Human by Daniel Borzutzky won the 2016 National Book Award for poetry. Last year was a highly politicized year, and it’s no surprise that this award went to a collection that’s also highly politicized.

Borzutzky covers it all.

Refugees and immigrants. The environment. Third World sweatshops. (Do you know the people who made your T-shirt? Do you have a relationship with them? Borzutzky asks.) Torture. Illegal aliens. Unsafe working conditions. Wastewater treatment plants. Malnourished children. Police issues. The production of garbage. Violence.

As you read these generally long poems (the collection contains a total of 18 poems), you discover you have entered a dystopic world—or perhaps you’ve been living there all along, and these poems are forcing you to confront that reality. Here is one of the shorter poems in the collection, and at first it seems almost a break in the political narrative. 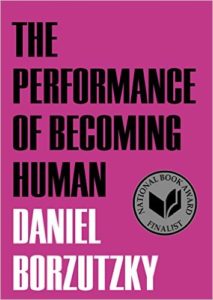 I had to decide: should I die
by hanging or by burial

It’s like this in a lullaby
for the end of the world:

The options for the end
are endless

in the daylight
The way the light shines on

the ants and worms and parasites
mauling our bodies

To avoid the hole
the children must sing sweetly, softly

To avoid the hole
they must fill their songs with love When you consider the poem in its context in the collection, it assumes another kind of meaning. It follows a poem about Third World sweatshops, and it precedes a poem about torture and violence. And you realize that it is describing what happens to dissenters, especially in dictatorships. The poems include references to both Argentina’s Dirty War against the left wing from 1974 to 1983 and what happened in Chile with the fall of the Salvador Allende regime in 1973 (Borzutzky’s parents are from Chile).

Borzutzky has published a collection of stories, Arbitrary Tales (2005); two other collections of poetry, The Ecstasy of Capitulation (2007) and The Book of Interfering Bodies (2011); and four poetry chapbooks: Failure in the Imagination (2007); In the Murmurs of the Rotten Carcass Economy (2015); Data Bodies (2013); and Bedtime Stories for the End of the World (2015). He has translated several works by Chilean authors, including poet Jaime Luis Huenún and the fiction writer Juan Emas. He’s a professor at Wright College in Chicago.

The Performance of Being Human asks questions without question marks, questions about politics, about social issues, and about our humanity, what it means and what it can become, or has become.

Photo by Glasseyes View, Creative Commons, via Flickr. Post by Glynn Young, author of the novels Dancing Priest and A Light Shining, and Poetry at Work.