In 2011 here at Tweetspeak Poetry, I reviewed Why the House is Made of Gingerbread: Poems by Ava Leavell Haymon, a retelling of the story of Hansel and Gretel in poetic form (with a few additional poems as well). We also featured one of her poems that year for National Poetry Month.

Her other collections of poetry include The Strict Economy of Fire (2004), Kitchen Heat (2006), and Eldest Daughter (August 2013). All, including the Gingerbread poems (2010), are published by LSU Press (proving, as I occasionally have to do, that my alma mater is about more than football). On Friday, I received an email from LSU announcing that Haymon had just been named Louisiana’s poet laureate.

Yes, I know what you’re thinking. “Louisiana has a poet laureate? Who knew?” Well, Louisiana does have a poet laureate, and for the next two years it’s Haymon. (She conveniently lives in Baton Rouge, the state capital.) 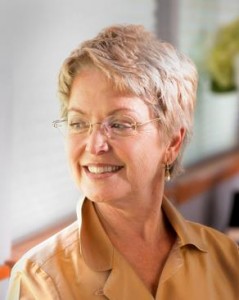 There haven’t always been poet laureates running around various states; in fact, the office of the U.S. Poet Laureate has been a fixture only since 1985. Perhaps we became concerned that what had been a major literary form for thousands of years was in something of a decline (even I can’t remember the days when newspapers published poems every day). Whatever the reason, we now have a new national poet laureate every two years (currently it’s Natasha Trethewey) and quite a few state poet laureates as well.

My idea of a poet laureate used to be someone who attends literary conferences and presidential or gubernatorial inaugurations to read a poem written for the occasion, holds sway at salons attended by other major literary figures, and occasionally gets an honorary degree from a university. (The wearing of a headpiece of laurel leaves likely went out with the Romans, however.)

Then I met Walter Bargen.

A few years back, a “festival of words and paper” was being held at a high school in one of our many, many St. Louis suburbs (95 distinct municipalities and counting). The event was actually held in the high school’s parking lot, a kind of literary tailgate party. There were exhibits, booths, book stalls, children’s activities, and a noticeable absence of a large crowd.

Walking through the rows of booths, I spotted one stall bravely manned by a man my age or slightly older, who was simultaneously looking hopeful and forlorn. No one else was around, though a few people would glance at his table of books before hurrying on.

The table featured books of poetry, all by the man in the booth. I looked at the author’s name, and then glanced up.

The resulting smile told me I had just made his day. “Which ones? And did you like one better than the other?”

Trick question to see if I knew what I was talking about, right? I surprised him when I asked him about the poem about the fish.

For 30 minutes, we talked poetry, books, the fair, and what he actually did as a poet laureate.

I had a few misconceptions. More than a few, actually. “I’m in the car a lot, ” he said. Missouri’s poet laureates have the option of traveling around the state or not. He chose to travel. He guessed he had driven more than 5, 000 miles in his first year as a poet laureate, all within the state’s borders.

He spoke and read poetry at high schools, middle schools, a few elementary schools, colleges, churches, even occasional political gatherings (I suppose when the governor needed to look literary). He attended poetry readings in pubs and restaurants, and lectured at poet and writer conferences. And Bargen had experienced a full range of reactions and responses, from bored and borderline unruly seventh-grade boys to rapt English teachers and enchanted would-be poets gulping down their beers.

He didn’t see the job of poet laureate as work, but he worked hard at it. Poetry was his passion and the focus of his life, and he was constantly crisscrossing the state of Missouri in the service of what he loved. Although he’s been out of the job for a few years, he still travels the state for poetry.

So, Ava Leavell Haymon, as you undertake the top poetry job in Louisiana (perhaps the only poetry job in Louisiana), your focus for the next two years will be what you make it. You’ll experience boredom and exhaustion, embarrassment and acclaim. Seventh-grade boys may throw paper airplanes as you read a poem. And you’ll read a lot of poetry, your own and others, and you will listen politely to a lot of bad poetry being read.

And that will be to write a poem. A good poem.

Tweetspeak Poetry review of Walter Bargen’s Days Like This Are Necessary.

Photograph by Andy Devine. Sourced via Flickr. Post by Glynn Young, author of the novels Dancing Priest and the recently published A Light Shining.