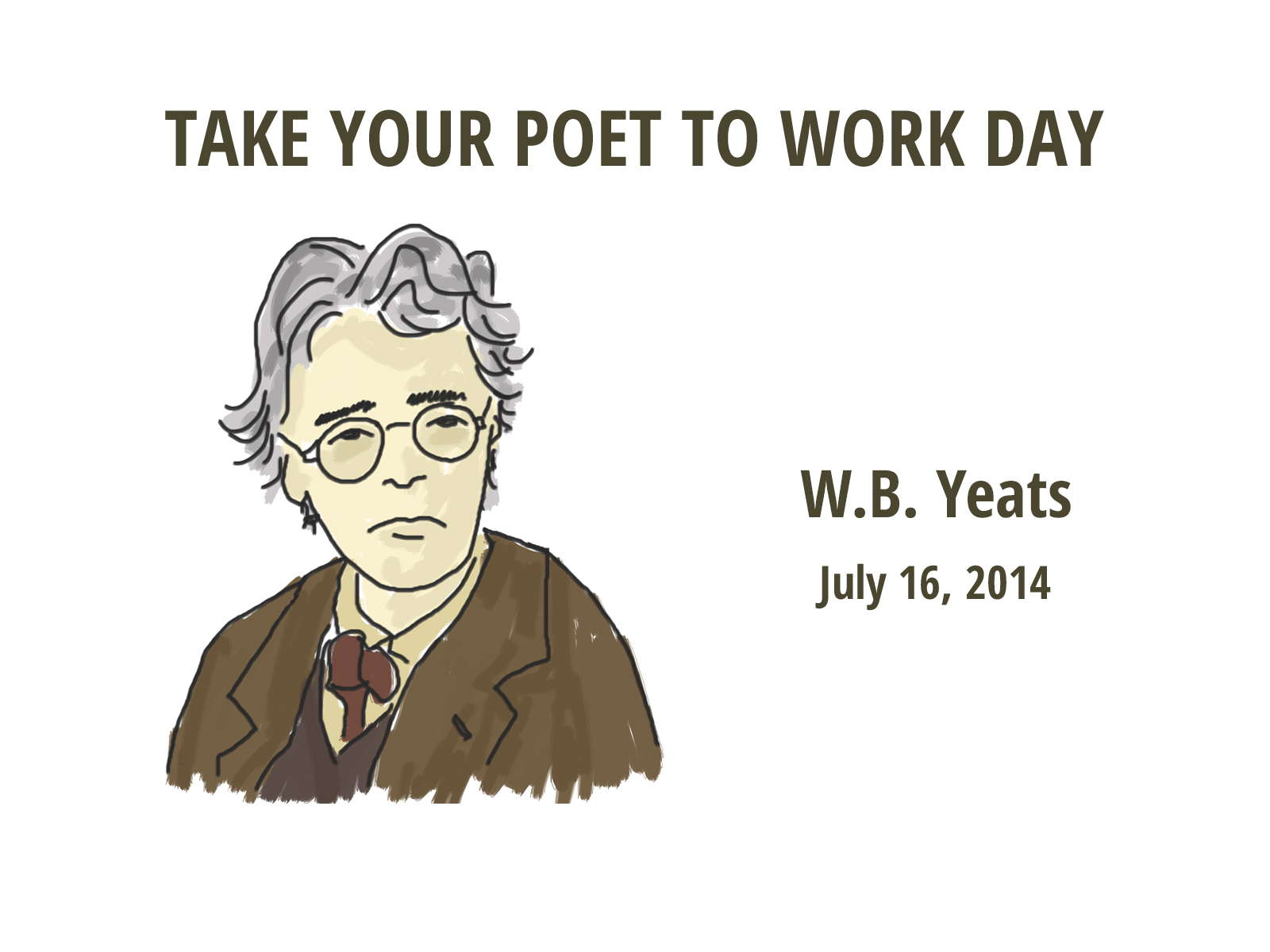 Have you chosen your favorite poet for Take Your Poet to Work Day? W. B. Yeats joins our growing collection of ready-for-work poets today. Brian Gardner’s “Up the Line to Death” preserves many great poets and poems of World War I. Poetry for doctors, music for Yeats, portraits from shredded letters for your love. Seth Haines has this week’s Top 10 Poetic Picks.

The career of William Butler Yeats (1865-1939) spanned two centuries, and he became one of the foremost figures of English literature. He was a major force behind the Irish Literary Revival and was a co-founder of the famed Abbey Theater in Dublin. Active in politics, drama and literature, Yeats was awarded the Nobel Prize for […]