A prodigious writer and lawyer, Edgar Lee Masters was defined by a single work

The year 1915 was momentous in the history and development of American poetry and poetry in general. Poetry Magazine published The Love Song of J. Alfred Prufrock by T.S. Eliot, launching the era of modernism in poetry. And a number of poems that had been published off and on by William Reedy of Reedy’s Mirror in St. Louis were collected and published under the title of Spoon River Anthology.

The collection by Edgar Lee Masters (1868-1950), a Chicago attorney, rocked the poetry world, the literary world, and even popular culture. The book went through seven printings in seven months. By 1916 (and 19 printings), an augmented edition was published. It was the top-selling poetry book for the next five or six years. 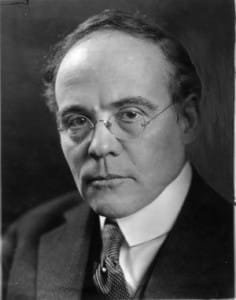 The more than 200 poems written as tombstone epigraphs struck a deep, responsive chord in American culture and among the broad general public. People recognized the characters who emerged from the poems. They weren’t so much types as they were cleverly drawn and succinct summaries of your family members, friends, and neighbors.

The poems inaugurated what came to be known as the “Chicago Renaissance,” influencing such writers at Theodore Dreiser, Carl Sandburg, and Vachel Lindsay.

He’d grown up in Petersburg, a small town in southern Illinois not far from Springfield (and the real Spoon River). While his heart was with writing, he had to survive and so trained in law. And he was a fairly successful lawyer for years, eventually setting up a partnership with Clarence Darrow. It was a connection Masters would come to regret when Darrow represented Master’s wife in a divorce proceeding.

Over his lifetime, he published more than 40 books of poetry and prose. He wrote several plays. He wrote articles. But nothing he wrote was ever as successful, or as good, as Spoon River Anthology. Edgar Lee Masters: A Biography by Herbert Russell is a classic. It’s also about the only biography of Masters available. Published in 2001, Russell’s book explored the poet’s full life — his childhood, his geography, his law career, and his inability to remain faithful to his first wife. He plays particular attention to why Masters produced only one work of renown, with almost everything else of lesser quality. 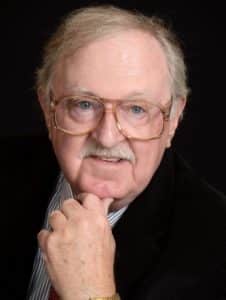 Russell was the first author/biographer allowed to study all of Masters’ letters, diaries, and the unpublished chapters of his autobiography Across Spoon River, published in 1936. He’s also the author of The Enduring River: Edgar Lee Masters’ Uncollected Spoon River Poems. His published works include A Southern Illinois Album (1990) and The State of Southern Illinois (2012).

The biographer notes that Spoon River Anthology revolutionized American poetry in much the same way as Theodore Dreiser revolutionized the American novel. The poems openly dealt with personal crime, sex, and infidelity (among other subjects), which had not been previously done. But Masters’ great work also reflected an America that was quickly fading into the past — the small town, rural-based life that had characterized so much of the 19th century. And the poems, like Eliot’s Prufrock, were unlike anything people had read before, except perhaps for Walt Whitman — unrhymed free verse that a few critics doubted were really poems at all.

That was likely part of its popular appeal. One of the best-known poems (and kindest portraits) of Spoon River Anthology is “Lucinda Matlock,” a woman who tells her life story in 22 short lines. Russell points out that the character is based on Masters’ own beloved grandmother. I went to the dances at Chandlerville,
And played snap-out at Winchester.
One time we changed partners,
Driving home in the moonlight of middle June,
And then I found Davis.
We were married and lived together for seventy years,
Enjoying, working, raising the twelve children,
Eight of whom we lost
Ere I had reached the age of sixty.
I spun, I wove, I kept the house, I nursed the sick,
I made the garden, and for holiday
Rambled over the fields where sang the larks,
And by Spoon River gathering many a shell,
And many a flower and medicinal weed —
Shouting to the wooded hills, singing to the green valleys.
At ninety-six I had lived enough, that is all,
And passed to a sweet repose.
What is this I hear of sorrow and weariness,
Anger, discontent and drooping hopes?
Degenerate sons and daughters,
Life is too strong for you —
It takes life to love Life.

Edgar Less Masters: A Biography is an achievement. Well researched, well documented, and well written, it tells the story of a writer who had one huge success. And he spent the next 35 years trying, and failing, to duplicate it. But that one success was enormous.