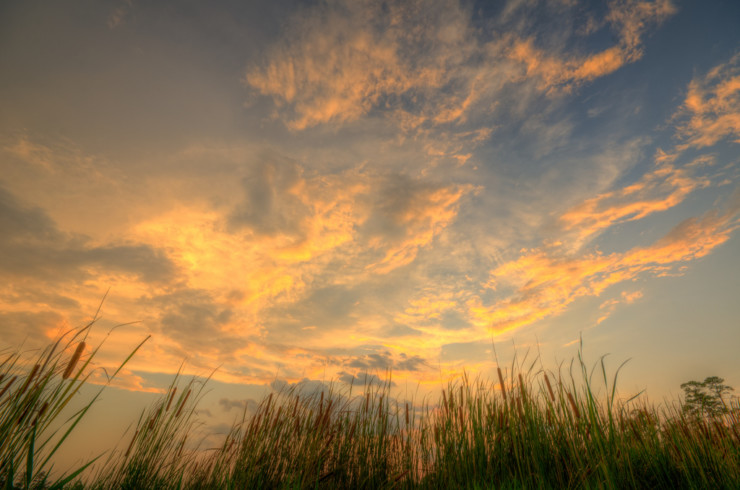 I’ve been reading about the Civil War; it’s research for a writing project. If you grew up in the South, like I did in the 1950s and 1960s, the Civil War was still being fought, through the stories told by my father and grandmother, and through the rise of the civil rights movement. I could listen to family and watch news reports of protests, counter-protests, police brutality, and governors trying to prevent integration of state universities.

A great-great uncle died at the Battle of Shiloh in 1862; another died in a battle in Texas. But it was my great-grandfather who carried the main family story, because he survived to tell what happened.

Too young to enlist, he served as a messenger boy, part of a Mississippi unit that fought with General Joseph Johnston, the general who surrendered in North Carolina a few weeks after Robert E. Lee’s surrender at Appomattox. He had to make his way home to southern Mississippi on foot, and it took months across a devastated, defeated region. When he arrived, he found his family gone. His odyssey continued across Louisiana to East Texas, where he finally found them.

My father always said his family was one of shopkeepers, but my great-grandfather, like his father before him, was a farmer, according to the 1850, 1870, and 1880 censuses. They never owned slaves; they were true small farmers in a county that straddled the Louisiana border. My great-grandfather was one of the fortunate ones—he survived. Many did not. For a long time, the official death toll for the Civil War stood at almost 620,000. Recently, scholars began to question that number; they now believe the death toll was closer to 750,000—more than in all the other wars America has fought combined. And it was a war that tore the nation apart politically, socially, culturally, economically, and even spiritually. The decade of Reconstruction that followed in the former Confederate states did little to heal national wounds.

Legends and myths arose on both sides but especially in the South. The war had been about “the Great Cause,” which rather conveniently included few references to slavery. My grandmother referred to it as “the war of Northern aggression.” My school teachers, even in a former Confederate state like Louisiana, took a different view, teaching history rather than legend. The Civil War was about a lot of things, but first and foremost it was about slavery and protecting the social order that depended upon it.

The Civil War and its aftermath shaped Southern culture for the next century; it influenced music, literature, religion, and politics. And it influenced poetry, especially the poetry of remembrance.

Allen Tate (1899-1979) was one of so-called agrarian poets, along with John Crowe Ransom, Robert Penn Warren, and others. They defended an agrarian society, and an agrarian South, against what they saw as the rise of industrialization. In his first collection of poetry, Mr. Pope and Other Poems (1928), Tate included the poem he’s best known for—“Ode to the Confederate Dead.” The poem was also revised and included in his 1937 collection Selected Poems.

It’s a long poem, running several pages, and it was considerably influenced by the modernist poetry of T.S. Eliot. Tate considers a cemetery filled with headstones of Confederate soldiers who died in battle, in prison, or from disease. The reason they fought is buried in the decades that have passed; the tombstones and monuments themselves are decaying, so that even the memory of the memory is fading. Row after row with strict impunity
The headstones yield their names to the element,
The wind whirrs without recollection;
In the riven troughs the splayed leaves
Pile up, of nature the casual sacrament
To the seasonal eternity of death;
Then driven by the fierce scrutiny
Of heaven to their election in the vast breath,
They sough the rumour of mortality.

Autumn is desolation in the plot
Of a thousand acres where these memories grow
From the inexhaustible bodies that are not
Dead, but feed the grass row after rich row.
Think of the autumns that have come and gone!—
Ambitious November with the humors of the year,
With a particular zeal for every slab,
Staining the uncomfortable angels that rot
On the slabs, a wing chipped here, an arm there:
The brute curiosity of an angel’s stare
Turns you, like them, to stone,
Transforms the heaving air
Till plunged to a heavier world below
You shift your sea-space blindly
Heaving, turning like the blind crab.

Dazed by the wind, only the wind
The leaves flying, plunge … The poem goes on for 68 more lines (you can find the entire poem online). The language is somber, evoking images of death and the past. This isn’t a memorial to the “glorious cause”; this is a recognition that death comes for all of us, just as it came for these Confederate soldiers. The passion, which Tate describes as “immoderate,” is forgotten among the falling leaves of autumn, the aging stones, the bones of young men who went shouting into battle. And yet, there is a sense of something there that needs holding on to, the values and the virtues of the land, not unlike the values and virtues articulated by Wendell Berry.

My great-grandfather arrived home to Pike County, Mississippi, in late 1865 or early 1866. Not long after, the county was divided by the Reconstruction state government and he found himself living in Lincoln County. Owning and operating a small farm would not have been easy; taxes were high, and an economy had to recover. For some years he was not allowed to vote. He married in 1868, and his wife Octavia bore seven children who survived infancy (my grandfather was the youngest). She died in 1888. At some point, he sold or transferred the land and moved to Louisiana, where he lived with one of his married daughters until his death in 1920.

Next week: Robert Lowell’s “For the Union Dead”

Photo by Joel Olives, Creative Commons, via Flickr. Post by Glynn Young, author of the novels Dancing Priest, A Light Shining, and the newly published Dancing King, and Poetry at Work.