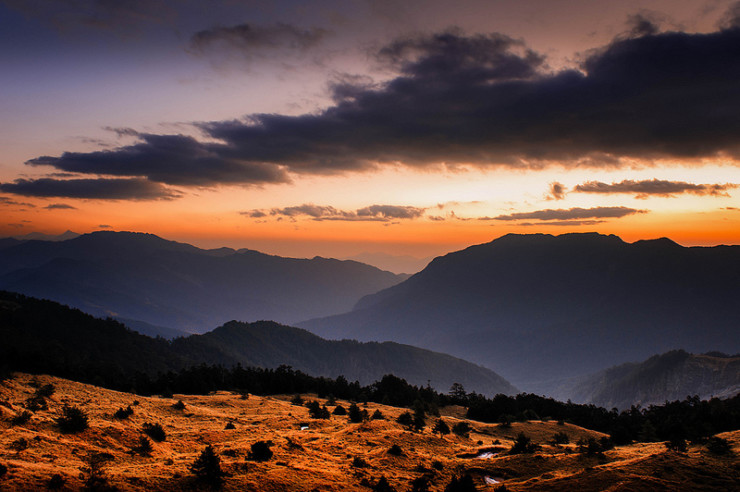 Imagine a young man of 20 or so, caught up in the trench warfare of World War I, experiencing the daily reality of mud, rats, lice, and bombardment, and writing stories about elves and dwarves, dragons and men of valor, stories of doomed heroes set in a time remote from the present. Before The Hobbit and The Lord of the Rings, there was a manuscript called The Book of Lost Tales, written a century ago.

One of the lost tales, those stories of the First Age or what J.R.R. Tolkien referred to as the “Elder Days,” was The Children of Hurin. It is a dark story, a tale of a curse, but it is a fierce story, a moving story, a story whose ending you know but you keep reading anyway because you’re caught in the grip of a master storyteller and he won’t let go.

Hurin is a heroic king, married to Morwen and the father of the boy Turin. He has set off with his allies to fight the Black Enemy, named Morgoth, who is seeking to dominate the worlds of men and elves with his own armies of Orcs and evil men. Hurin and his allies are defeated; Hurin is taken prisoner but is not killed. Instead, he is made a permanent captive and Morgoth places a curse upon his children. Hurin had left a pregnant Morwen, who gives birth to a daughter, Nienor. Morwen decides to remain in their land, knowing that captivity is coming, but sends the young Turin away to an elvish kingdom for safety. Turin is raised by these royal elves, and long years separate him from his family. He is in turn refugee, warrior, bandit, counselor, and leader. He becomes known by a legendary name, the Black Sword, the warrior feared by the Orcs.

Still, the curse remains, and dogs both Turin and Nienor. And you know this won’t end well, but it will end with courage and valor. The Children of Hurin is a rousing tale, a wonderful story in its own right but also one containing hints and foreshadowing of what was to come later with Tolkien’s greatest works.

Slightly more than a decade after Tolkien was working on his lost tales, he wrote The Lay of Aotrou & Itroun. In 1929 and 1930, he worked on this ballad, a retelling of a folk tale collected and published in a dual language (Breton and French) edition in 1846 by the French writer Theodore Claude Henri Hersart de la Villemarque. Tolkien actually owned a copy of the 1846 edition, published at a time when writers all over Europe were collecting folk tales and stories (including the Brothers Grimm). Villemarque’s stories were immensely popular and are still in publication today.

Aotrou and Itroun are a noble couple, happily married but childless. Aotrou is able to obtain a potion to cure childlessness, but the fairy who gives him the potion will demand a price. Ultimately, that price will be very steep.

The Lay of Aotrou & Itroun was first published in The Welsh Review in 1945, and was republished in late 2016, edited by Tolkien scholar Verlynn Flieger, professor emerita at the University of Maryland. It includes two additional poems, both entitled “The Corrigan” and with similar themes but different subjects. A “corrigan” is a fairy who interacts with the human world, usually ending in some disaster. These two poems share a similar general theme with The Lay of Aotrou & Itroun.

The Lay is a long ballad, some 19 printed pages, but here is an excerpt providing an idea of how the poem is written and develops: 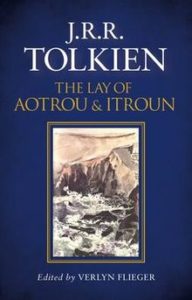 No child he had his house to cheer,
to fill his courts with laughter clear;
though wife he wooed and wed with ring,
who love to board and bed did bring,
his pride was empty, vain his hoard,
without an heir to land and sword.
This pondering oft at night awake
his darkened mind would visions make
of lonely age and death; his tomb
unkept, while strangers in his room
with other names and other shields
were masters of his halls and fields.
Thus counsel cold he took at last;
his hope from light to darkness passed.

A with there was, who webs could weave
to snare the heart and wits to reave,
who span dark spells with spider-craft,
and as she span she softly laughed;
a drink she brewed of strength and dread
to bind the quick and stir the dead…

You can see that this will not end well. A noble grieving for the lack of an heir, imagining a future forgotten and others owning his lands, and a witch looking to make mischief.

The Lay of Aotrou & Itroun provides insight into Tolkien’s fascination with folk tales and mythology, an area related but separated from the imaginary worlds of Middle Earth for which he’s best known.

J.R.R. Tolkien’s The Story of Kullervo