When Ron Padgett was a teenager, according to his biography at the Poetry Foundation, he and some friends founded a poetry review—and he convinced Allen Ginsberg (among others) to submit poems to it. The review only lasted for five issues. But still, not bad for a young man from Tulsa, Oklahoma.

Padgett has published more than 20 volumes of poetry, translations of French poets (like Apollonaire), essays and memoirs, and edited or co-edited poetry anthologies. He is a chancellor of the Academy of American Poets, and was a finalist for a Pulitzer Prize in 2012. 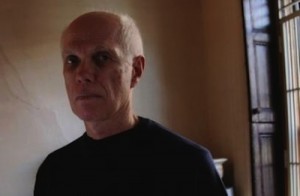 In other words, he is a presence in American poetry. And now he’s assembled selected work from a lifetime of publishing into Collected Poems. It’s a hefty volume (782 pages of poetry, and then notes and an appendix). It’s also a rewarding volume, a fascinating collection of the poems of youth, maturity, middle age and beyond.

The poems contain no central theme or idea. They are long and short, narratives and stories, haikus and sonnets (of a sort), place poems and relationship poems, short notes and observations and even an occasional meditation. The poems are in turns serious and playful, and one can’t help but see them as a kind of summing up of a life, a road that began with a high school journal and is still stretching forward.

I like this poem, both for its playfulness and its playful truthfulness:

Everything in Paris is round.
First is the city itself
Intersected by an arc—
Which is a division of a circle—
Which is the Seine.
Then the well-known spokes
Around the Arch of Triumph.
The café table tops are round as well
As the coasters (and many of the ash trays)
That sit upon them. Looking up, the cafes themselves
Their names at least, are round.
Over there for instance is La Ronde, La Coupole, Le Dome, La Rotonde
And others.
Only the beautiful Closerie des Lilas escapes our classification
And still remains in Paris.
The lilac, is it round?
People here do a lot of sitting around
As in the Luxembourg Gardens
Where the toy sailboats go round the artificial pond.
They do this.
Last but not least—and how natural!
Are the paintings of Robert Delaunay
Called The Windows
In which Paris is seen
As lots of circles.

Literary and pop cultures figures grace Padgett’s poetry. We find Lee Remick and William Bendix, Elvis Presley and Roy Rogers, Scrooge McDuck, Charlie Chan and Mary Baker Eddy, Proust, Picasso, Monet, and Matisse, and even the Swiss Family Robinson. The poems embrace a life lived and yet, like poetry can do, also separate the poet from that life. To observe a thing is often to distance oneself from it.

And, likely inevitably, a poet’s thoughts turn to poems about poets and poems. And so we find Whitman here, and Christopher Marlowe, too, among a number of others. And we find poems like “Post-Publication Blues”: My first book of poems
has just been published.
It is over there on the table
Lying there on the table, where it is lying. It has
a beautiful cover and design.
The publishers spent a lot of money
on it and devoted many
man- and woman-hours to it.
The bookstores are ordering copies.
Unfortunately I am a very bad poet and
the book is no good.

Did you catch the ambiguous meaning of “where it is lying” in the fourth line? “Lying” is repeated two times, and one wonders if both references to lying are more about prevarication than placement.

Padgett’s Collected Poems is a fine collection, the summing up of a life, the life that’s been lived and the work that the life has produced. And it’s good work.

Image by Linda Tanner. Sourced via Flickr. Post by Glynn Young, author of the novels Dancing Priest and A Light Shining, and the recently published Poetry at Work (T. S. Poetry Press).