Whate’er is born of mortal birth
Must be consumèd with the earth,
To rise from generation free:
Then what have I to do with thee?

The sexes sprung from shame and pride,
Blowed in the morn, in evening died;
But mercy changed death into sleep;
The sexes rose to work and weep.

Thou, mother of my mortal part,
With cruelty didst mould my heart,
And with false self-deceiving tears
Didst blind my nostrils, eyes, and ears,

Didst close my tongue in senseless clay,
And me to mortal life betray.
The death of Jesus set me free:
Then what have I to do with thee?

Original Illustration of “To Tirzah” by William Blake 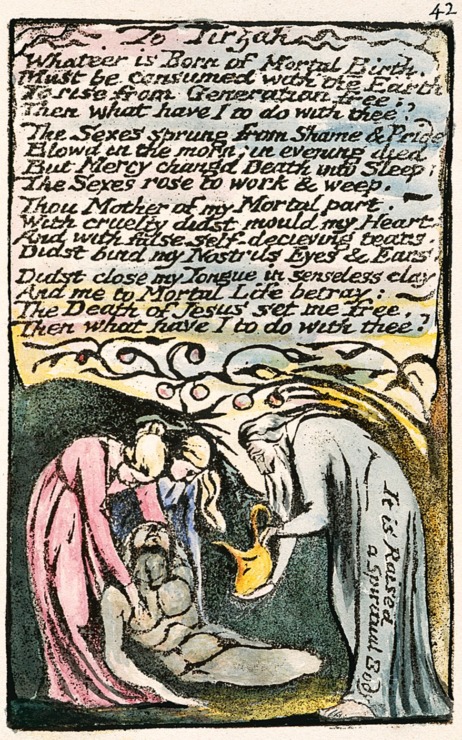 Musical Interpretations of “To Tirzah”

If you liked To Tirzah by William Blake, here’s some more about him you might find interesting!

I hope you enjoyed To Tirzah by William Blake!