The Garden of Love

I went to the Garden of Love.
And saw what I never had seen:
A Chapel was built in the midst,
Where I used to play on the green.

And the gates of this Chapel were shut,
And Thou shalt not. writ over the door;
So I turn’d to the Garden of Love,
That so many sweet flowers bore.

And I saw it was filled with graves,
And tomb-stones where flowers should be:
And Priests in black gowns, were walking their rounds,
And binding with briars, my joys & desires.

“The Garden of Love” Original Illustrations by William Blake 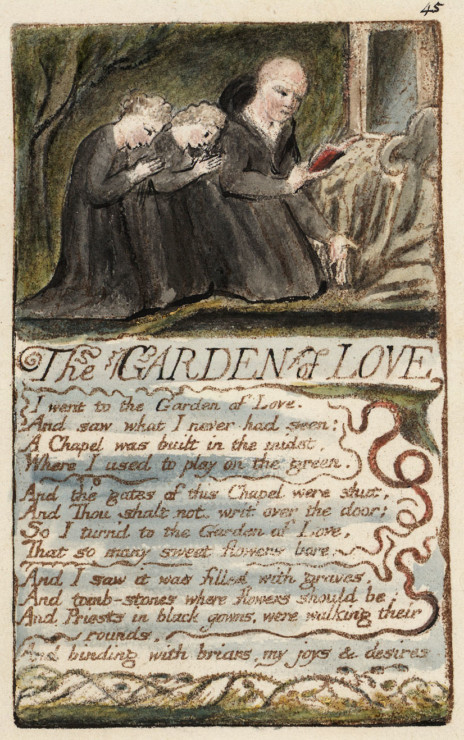 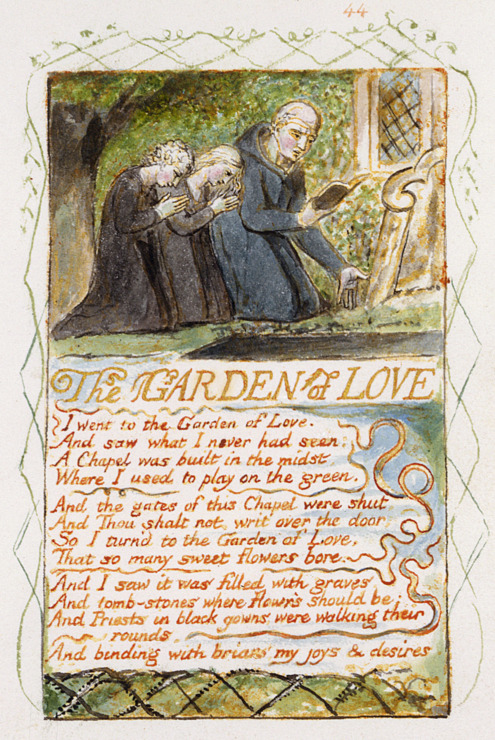 “The Garden of Love” Pen and Ink Illustration by Sara Barkat 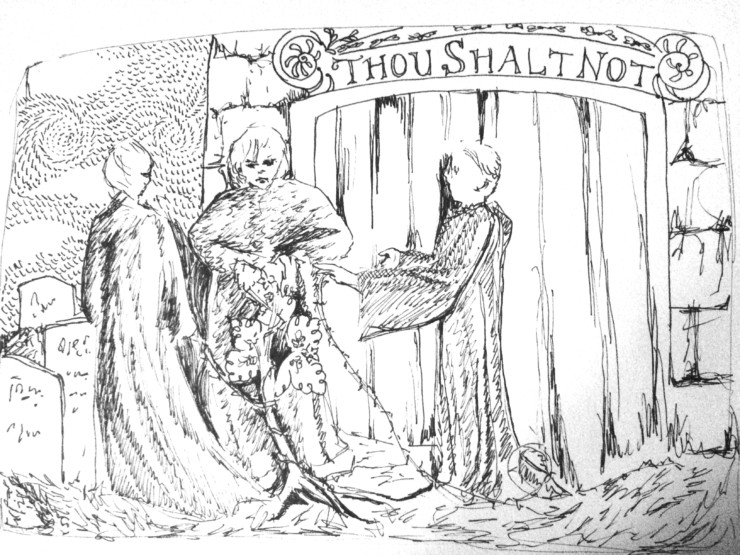 Watch “The Garden of Love”, Videos

Musical Interpretations of “The Garden of Love”

Listen to “The Garden of Love” (Note: Redbone has added an opening verse)