The sun does arise,
And make happy the skies;
The merry bells ring
To welcome the Spring;
The skylark and thrush,
The birds of the bush,
Sing louder around
To the bells’ cheerful sound;
While our sports shall be seen
On the echoing green.

Old John, with white hair,
Does laugh away care,
Sitting under the oak,
Among the old folk.
They laugh at our play,
And soon they all say,
‘Such, such were the joys
When we all—girls and boys—
In our youth-time were seen
On the echoing green.’

Till the little ones, weary,
No more can be merry:
The sun does descend,
And our sports have an end.
Round the laps of their mothers
Many sisters and brothers,
Like birds in their nest,
Are ready for rest,
And sport no more seen
On the darkening green. 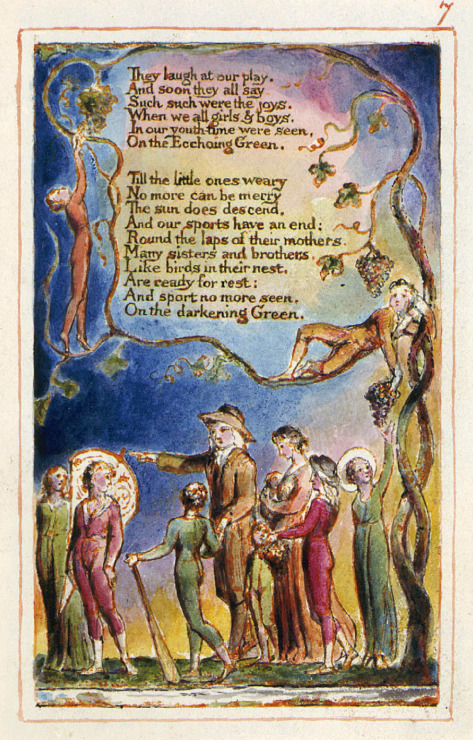 Musical Interpretations of “The Echoing Green” by William Blake