To Mercy, Pity, Peace, and Love,
All pray in their distress,
And to these virtues of delight
Return their thankfulness.

For Mercy has a human heart;
Pity, a human face;
And Love, the human form divine:
And Peace the human dress.

Then every man, of every clime,
That prays in his distress,
Prays to the human form divine:
Love, Mercy, Pity, Peace.

And all must love the human form,
In heathen, Turk, or Jew.
Where Mercy, Love, and Pity dwell,
There God is dwelling too.

Original Illustration of “The Divine Image” by William Blake 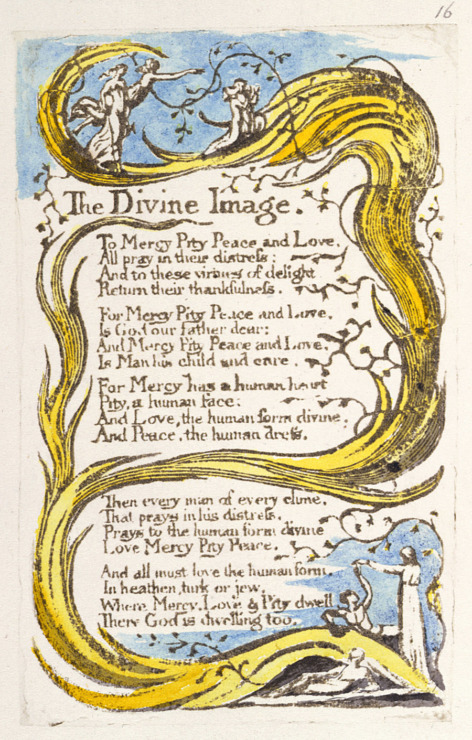 Musical Interpretations of “The Divine Image” by William Blake