How countlessly they congregate
O’er our tumultuous snow,
Which flows in shapes as tall as trees
When wintry winds do blow!—
As if with keenness for our fate,
Our faltering few steps on
To white rest, and a place of rest
Invisible at dawn,—
And yet with neither love nor hate,
Those stars like some snow-white
Minerva’s snow-white marble eyes
Without the gift of sight. 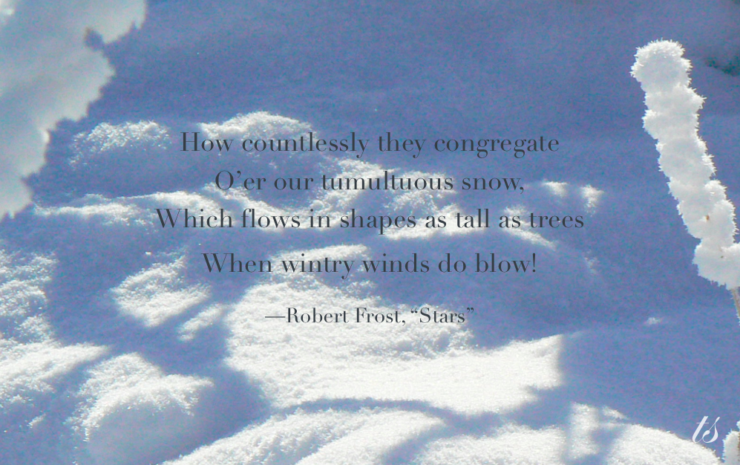