Sound the flute!
Now it’s mute!
Birds delight,
Day and night,
Nightingale,
In the dale,
Lark in sky,—
Merrily,
Merrily, merrily to welcome in the year.

Little boy,
Full of joy;
Little girl,
Sweet and small;
Cock does crow,
So do you;
Merry voice,
Infant noise;
Merrily, merrily to welcome in the year.

Little lamb,
Here I am;
Come and lick
My white neck;
Let me pull
Your soft wool;
Let me kiss
Your soft face;
Merrily, merrily we welcome in the year. 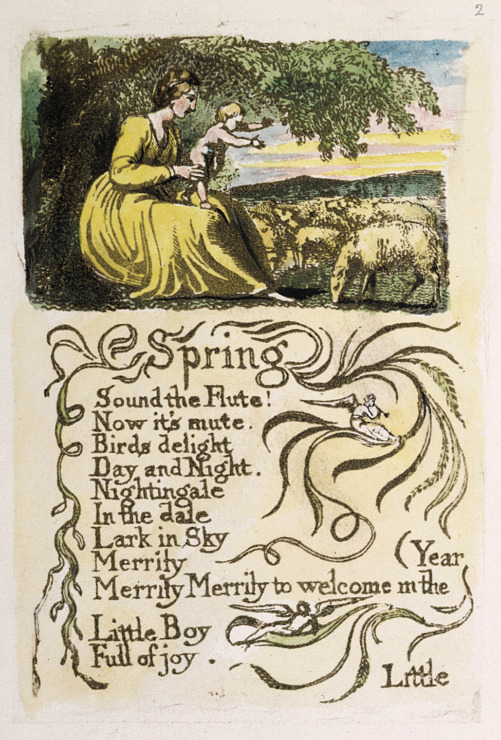