My mother groaned, my father wept:
Into the dangerous world I leapt,
Helpless, naked, piping loud,
Like a fiend hid in a cloud.

Struggling in my father’s hands,
Striving against my swaddling bands,
Bound and weary, I thought best
To sulk upon my mother’s breast. 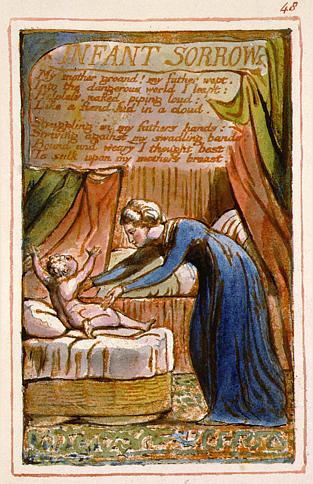