And I waterd it in fears,
Night & morning with my tears:
And I sunned it with smiles,
And with soft deceitful wiles.

And it grew both day and night.
Till it bore an apple bright.
And my foe beheld it shine,
And he knew that it was mine.

And into my garden stole,
When the night had veild the pole;
In the morning glad I see;
My foe outstretched beneath the tree. 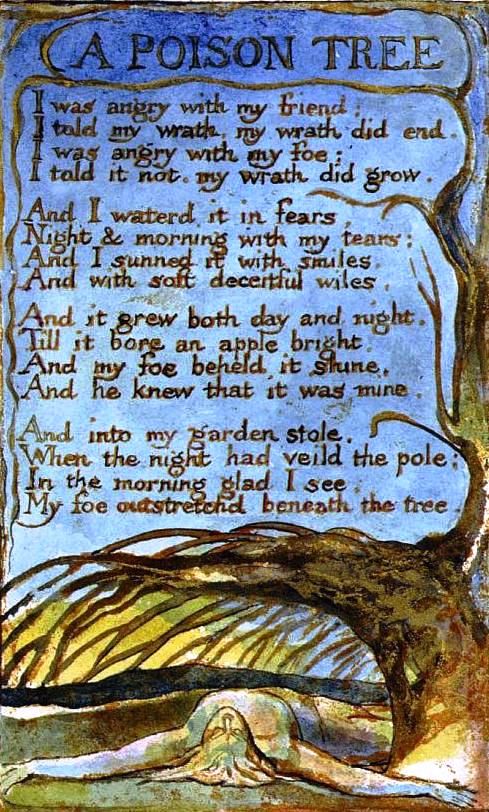 Listen to The Poem Put to Music