Once a dream did weave a shade
O’er my angel-guarded bed,
That an emmet lost its way
Where on grass methought I lay.

Troubled, wildered, and forlorn,
Dark, benighted, travel-worn,
Over many a tangled spray,
All heart-broke, I heard her say:

‘O my children! do they cry,
Do they hear their father sigh?
Now they look abroad to see,
Now return and weep for me.’

Pitying, I dropped a tear:
But I saw a glow-worm near,
Who replied, ‘What wailing wight
Calls the watchman of the night?’

‘I am set to light the ground,
While the beetle goes his round:
Follow now the beetle’s hum;
Little wanderer, hie thee home!’ 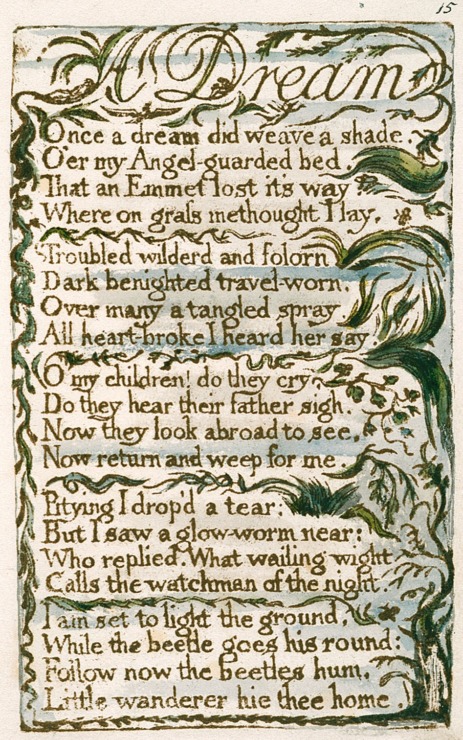 Musical Interpretations of “A Dream” by William Blake