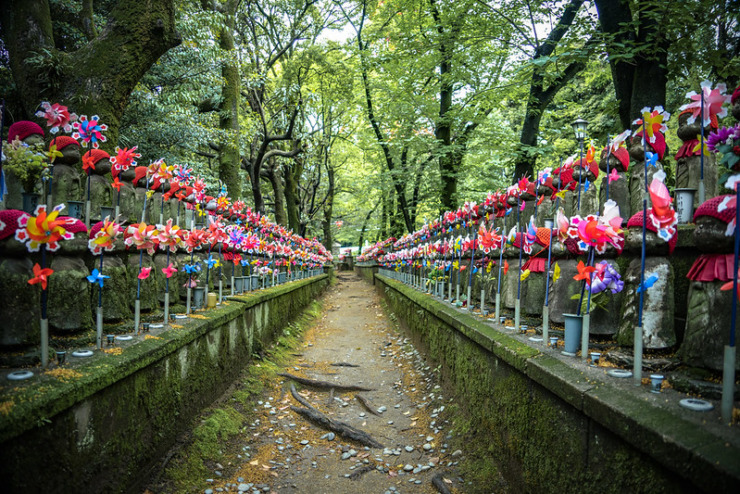 A week before Independence Day, I went out back to water the garden. The sun was making a slow climb up the slope of the earth, dew still on the grass. When I started down the steps of the deck, I discovered I had a guest. There, lingering on the bottom step, I saw her: a butterfly. She pumped her wings continuously as if she’d just emerged from a chrysalis. I remembered learning somewhere not to touch a newly emerged butterfly, that it could cause harm, so I stooped down to see her better.

Monarch? She had the tell-tale markings: white dots around her rim, striking orange and black patterned wings … but I wasn’t sure. A quick Google search told me she was a viceroy butterfly, so named because of a similarity to the monarch, only slightly smaller in stature. Researchers once believed the viceroy’s similarity to the monarch a less than royal trickery. For a long time, it was thought the viceroy was not harmful to predators if consumed. Science believed she mimicked the unpalatable monarch to fool predators. Thus, the name viceroy, referring to one appointed to rule as a representative of the sovereign. However, later studies found that the viceroy is also toxic to predators. Biologists call this type of mimicry Müllerian mimicry. Müllerian mimicry refers to when different species mimic each other to promote survival. Any predator that has once tasted a monarch or viceroy will avoid all butterflies with similar appearances. Everyone wins.

But I wasn’t thinking of eating this beauty. I watched her fan herself, otherwise unmoving, and resisted the urge to touch.

“Stay near me—do not take thy flight!” I whispered to her, recalling an old poem I once memorized. “A little longer, stay in sight.”

Despite her unfortunate taxonomy, she looked like royalty to me. She didn’t seem bothered by my gawking, but I was concerned about her vulnerability—exposed as she was. Careful not to touch her wings, I worried her onto my finger and gently lifted her to a purple coneflower. She continued flapping, clinging to the tip of my forefinger with tickly feet until I nudged her off.

She seemed tired from the hard work of being born, pumping blood and life into wings. I felt my breath slow to match her beating rhythm. Was she afraid? Did she remember her caterpillar life? What would she say about leaving the warm comfort of the chrysalis? Was there a tugging, a squeezing until the thrust into a new world?

I watched her a little longer but was beginning to feel like a voyeur. There was only so much a heavy-handed human could do to midwife her along her way. “Much converse do I find in thee,/ Historian of my infancy!/ Float near me; do not yet depart!” I recited to her, by way of farewell. Then I reluctantly left to resume my chores.

Last month we waxed poetic about fireflies. This month I give you another harbinger of summer, the butterfly. There are many poems about butterflies, but I wanted to share one that celebrates the sense of child-like wonder a butterfly evokes. So I give you another by William Wordsworth.

I’ve watched you now a full half-hour,
Self-poised upon that yellow flower;
And, little Butterfly! indeed
I know not if you sleep or feed.
How motionless!—not frozen seas
More motionless! and then
What joy awaits you, when the breeze
Hath found you out among the trees,
And calls you forth again!

This plot of orchard-ground is ours;
My trees they are, my Sister’s flowers;
Here rest your wing when they are weary;
Here lodge as in a sanctuary!
Come often to us, fear no wrong;
Sit near us on the bough!
We’ll talk of sunshine and of song,
And summer days, when we were young;
Sweet childish days, that were as long

And one from me:

that you would end up at the bottom of my
steps, pounding out the pulse of my heart
with your wings of orange and black

you move to music inside you—unheard by me,
as you undream your chrysalis days and fool
me with your nondeceitful mimicry

do you know what they have said about you?
that you are a second-rate copy, a proxy,
a fake, a cheap imitation, that you have no

power of your own. they didn’t know how
the salicylic acid in your body sequesters, flavors
you bitter to upset the tummies of predators

how your chrysalis stage and your caterpillar
are disguised to resemble bird droppings—
ingenious! original! humble.

your name and the post-median black vein
along your hindwings tell me you are not
of royalty. but you beguiled the state

of Kentucky into naming you as their state
butterfly in 1990. and your flushing wings—
tremulous and vulnerable in their beauty—

have given me cause to call you Queen.

A Novella From Laura Boggess

Lyrical and whimsical writer Laura Boggess brings us an inspiring story of one woman’s quest to put her life back together. Poetry plays a part. But not before a book gets delivered to the wrong house on a windy, impossible day.