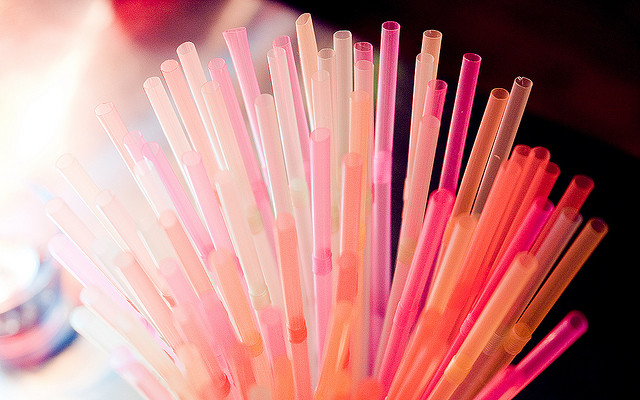 Where I live, explosive fireworks (beyond those of the sparkler variety) are legal. Partly, I think, because it’s a place where folks don’t look kindly on being told what to do. Also partly because there’s a lot more space than many states, to blow stuff up without hurting anybody. So for a couple of weeks around this time of year, fireworks stands pop up alongside every corn field, but especially in and around the border towns where people from neighboring states (whose governing officials have much longer lists of what they can do and not do) come over to buy their bottle rockets and Roman candles and sneak them back to their more heavily-regulated homes.

I like to think that even inside those people who don’t live in the gateway to the great independent American frontier, even inside those who live without a deep yearning to light fuses and fill the sky with color and their ears with deafening report, there’s a little bit in each of us that doesn’t like to be governed. We want a little independence; some of us want a lot. Which is to say that independence isn’t only a political thing.

Poets have been finding ways to talk about independence for a long time, whether personal or political. In celebration of hard-fought national and personal freedom; for those who have it, and those still working hard to achieve it, enjoy this collection of ten great Independence poems.

Not like the brazen giant of Greek fame,
With conquering limbs astride from land to land;
Here at our sea-washed, sunset gates shall stand
A mighty woman with a torch, whose flame
Is the imprisoned lightning, and her name
Mother of Exiles. From her beacon-hand
Glows world-wide welcome; her mild eyes command
The air-bridged harbor that twin cities frame.
“Keep, ancient lands, your storied pomp!” cries she
With silent lips. “Give me your tired, your poor,
Your huddled masses yearning to breathe free,
The wretched refuse of your teeming shore.
Send these, the homeless, tempest-tost to me,
I lift my lamp beside the golden door!

I know why the caged bird beats his wing
Till its blood is red on the cruel bars;
For he must fly back to his perch and cling
When he fain would be on the bough a-swing;
And a pain still throbs in the old, old scars
And they pulse again with a keener sting—
I know why he beats his wing!

Pretty in red
black hair straight
she got out of bed

she got up and she read
my story, not of plates,
pretty in red

she sang instead
so early, not late
pretty in red

she was now quite ahead
she always knew the date
pretty in red
she got out of bed.

“But why a glass slipper?” she asks, and you pause—
“Why not made of rubies, like Dorothy’s in Oz?”
“And what about diamonds or Mother of Pearl?”
“Such glamorous stuff appeals to a girl.”
Your daughter is right. The story is daft.
Glass slippers are cheap. The prince is an ass
to think brittle footwear will win him a bride.
He needs to bring something she’ll slip on with pride.

The tale has a flaw no mother can mend—
unless she insert a new shoe at the end—
hijack the story, fly off on her own,
leave the step-sisters (and their feet) alone.
A bright, glitzy slipper a princess can wear
she pulls (like this sonnet) out of thin air.

She wrote on my wall:
i luv mama
(which melted my heart)
but it took forty minutes
of sustained elbow grease
to coax the crayon off.

She poked me
over and over
after crawling into bed
with cold feet
and a sagging diaper
(at six in the morning).

“I’m not your friend anymore!”
she shrieked savagely
after I put her in time-out
for the third time—
I’m thinking, maybe I should join
the real thing?

I will always love
sausages.

I am thinking of buying
a sausage necklace;
it will be luminescent
like natural pearls,
and separated
with those marvelous little knots,
but will be, all in all,
much tastier.

Once,
I had a girl.
She said she didn’t
eat sausages.
But when no one was looking
she nipped rings of them
off soft-bread
pizza.

My grandmother
used to make sausages;
I don’t know what
the ingredients were,
beyond raw meat, fat,
accidental gristle,
and love.

I have heard
they’re going to start carrying
sausage link fences
at the Home Depot.

Maybe I will buy one
to replace our rusty chain
link fence. It will probably draw
racoons, but the yard
will smell heavenly

If I was a sausage,
I would want to be the fat kind
that sat in olive oil with onions,
paprika, and green bell peppers,
only to later be stuffed
into a hero.

If trains were sausages,
they would travel the world
on onion-slice tracks,
transport luggage
on red pepper racks.

Out of the night that covers me,
Black as the pit from pole to pole,
I thank whatever gods may be
For my unconquerable soul.

In the fell clutch of circumstance
I have not winced nor cried aloud.
Under the bludgeonings of chance
My head is bloody, but unbowed.

Beyond this place of wrath and tears
Looms but the Horror of the shade,
And yet the menace of the years
Finds and shall find me unafraid.

It matters not how strait the gate,
How charged with punishments the scroll,
I am the master of my fate,
I am the captain of my soul.

I have gone out, a possessed witch,
haunting the black air, braver at night;
dreaming evil, I have done my hitch
over the plain houses, light by light:
lonely thing, twelve-fingered, out of mind.
A woman like that is not a woman, quite.
I have been her kind.

I have found the warm caves in the woods,
filled them with skillets, carvings, shelves,
closets, silks, innumerable goods;
fixed the suppers for the worms and the elves:
whining, rearranging the disaligned.
A woman like that is misunderstood.
I have been her kind.

I have ridden in your cart, driver,
waved my nude arms at villages going by,
learning the last bright routes, survivor
where your flames still bite my thigh
and my ribs crack where your wheels wind.
A woman like that is not ashamed to die.
I have been her kind.

I’d like to assume
from my April birthday,
I quickened the womb
on the 4th of July.

If you suffered as I
a sternly fought tendency
to endless dependency
you’d know why.

I celebrate myself, and sing myself,
And what I assume you shall assume,
For every atom belonging to me as good belongs to you.

I loafe and invite my soul,
I lean and loafe at my ease observing a spear of summer grass.

I, now thirty-seven years old in perfect health begin,
Hoping to cease not till death.

Creeds and schools in abeyance,
Retiring back a while sufficed at what they are, but never forgotten,
I harbor for good or bad, I permit to speak at every hazard,
Nature without check with original energy.