Janet Aalfs and her writing are all about connection, compassion, and the “hard work of
magic.” I’ve enjoyed getting to learn more about her and her fascinating background
through the process of procuring her lovely poem, “Ode to a Lost Sweater,” for How to
Write a Form Poem.

Many odes are quite long, but Aalfs’s, at only 19 lines, packs an emotional punch in a
small sensory space. Here are the first few lines. Want to read the rest? You can catch
it in the main ode chapter in How to Write a Form Poem.

Ode to a Lost Sweater (excerpt)

I see it now
like a simple word
spoken into the wind.
Bright button
in our mother’s palm …

Here’s what Aalfs has to say about a poem that started with just one red button.

Tania Runyan (TR): Tell me a little about the origin story of “Ode to a Lost Sweater”:

Janet Aalfs (JA): After my mother almost died in 2015, she was transferred to a nursing facility for rehab where she then became a resident. While preparing her house for sale, I found a red button that I recognized. Though the sweater it had fallen off of never appeared, the vivid memory of my mother’s mother Cecelia’s handknit gift emerged from that one small item.

I felt moved to bring this childhood sweater to life in an ode. I didn’t know before I began writing the poem that it would lead me to feeling even more connected through my family of origin to the whole universe. This is the adventure of poetry in any form that keeps me learning, growing, yearning, and transforming.

TR: Have you written odes to any other items, people, or events? What makes
something particularly “ode-worthy”? Do you write poems in other forms?

JA: I’ve been particularly inspired by Pablo Neruda’s odes to everyday items such as socks, scissors, salt, and onions. Though odes can vary in style, some more formal than others, all types have in common an outpouring of praise. Other odes I’ve written include “Ode to My Comb,” “Ode to an Eagle’s Aura,” “Ode to Patience,” and “Ode to Disbelief.”

When I was the poet laureate of Northampton, MA, I was invited to write an event poem for the city’s 350th anniversary celebration. That project turned into one of my longer poems, “Ode to the Many Voices of Northampton.” Other form poems I’ve composed include the sonnet, sestina, villanelle, haiku, tanka, litany, elegy, blues, and ekphrastic.

Though form and content can be identified separately in various craft-informed ways, they cannot be experienced as separate for a form poem to work. I am also a movement artist, and have been studying, practicing, and teaching various international movement languages for decades – Okinawan Karate, Filipino stick arts, Taiji and Qigong. As Layli Long Soldier has said, “A ‘real’ poem doesn’t ‘really’ require words.” Poetry arises from the body, an extension of the earth, all elements of the weaving we call the Universe. A poem begins in silence, and our bodies are the instruments—from breath to gesture to word—with which we express our existence in the music of language.

JA: Creating form poems has the potential to give us a deeper more layered view into ourselves and others, and into perceptions we may not recognize until we shine the light of poetry more compassionately and skillfully within. All poems have form, both internal and external, whether named or not, and can trans-form who we are and how we view life, death, liberation, racial/social justice, compassion, love—everything that is most important in promoting positive connections.

A form poem can shape the poetic moment in a particular way due to the specific patterns of lines, rhyming sounds, rhythms, and flow. As my Filipino martial arts teacher, Professor Remy Presas, has said, “What is magic? Repetition. Hard work.” And I would add, joyful hard work, even and especially in our grieving. 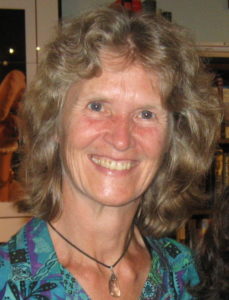 Recipient of the 2013 Leadership and Advocacy in the Arts Award (UMass/CWC), and prizes for her poetry and movement arts, Janet practices everyday peace-building through integrative arts activism. She has been a Dodge Festival Poet, a teaching artist in Cape Town, South Africa, and presenter/performer at numerous events and conferences. Her poems and essays are widely published in journals, anthologies, and online. Her full-length poetry collections are Bird of a Thousand Eyes (Levellers Press) and Reach (Perugia Press); chapbooks include Full Open (Orogeny Press), Of Angels and Survivors (Two Herons Press), Lubec Tides (Thousand Hands Press) and several others.