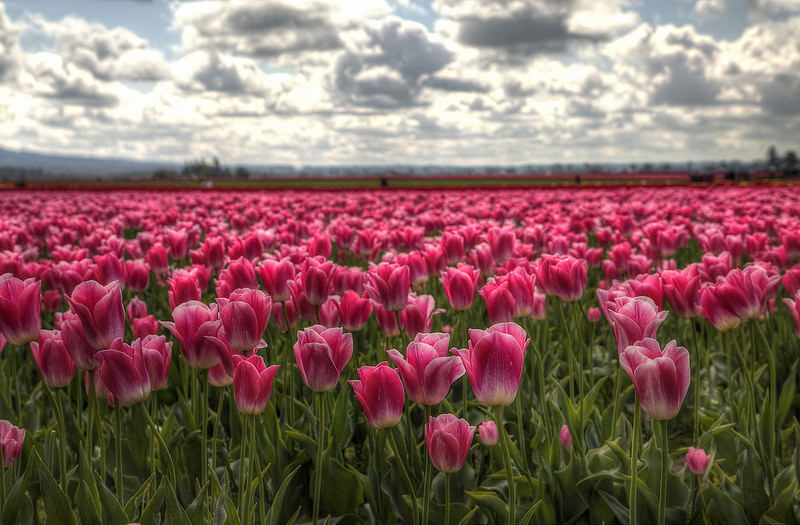 At the Anne Frank House in Amsterdam, the first thing you notice is the crowds. This is one of the most visited sites in the city, and people begin to line up early to enter the museum. The weather seems not to matter. I was there on a rainy, overcast day in May, and the rain had not discouraged the crowds, standing in line under a sea of umbrellas.

The second thing you notice is the silence. As crowded as the museum becomes, silence seems to reign here. After walking through the museum exhibits and the rooms where the Frank and van Pels families hid from 1942 to 1944, I can’t recall a single conversation, a single voice, a single word being uttered. It was a profound silence, a poem composed of no words. The Anne Frank House Museum. The actual house is second from left. Via Wikimedia.

The house containing the “secret annex” (the original title of The Diary of Anne Frank when it was published in 1947) is actually the smallest building in the museum complex at Prinsengracht 263-267. It’s very close to one of Amsterdam’s famous churches, the Westerkerk, at Prinsengracht 279. And it was a very short walk from my hotel, the Pulitzer, at Prinsengracht 323.

The building had been a business. The Frank family had left Germany in 1933 after Adolf Hitler became chancellor. They settled in Amsterdam, where Otto Frank operated two businesses, a spice company and a gelling (maker of gelatins) company. After the German invasion of the Netherlands in 1940, Jews and Jewish businesses came under increasing restrictions. To prevent confiscation, Frank transferred ownership of the two businesses to employees. He continued to work as an employee for a small salary.

In July 1942, Otto, his wife Edith, and their two daughters, Margot and Anne, went into hiding in the building, in an annex whose entrance was soon concealed by a large bookcase. They were joined by the three members of the van Pels family, Hermann, Auguste, and 16-year-old Peter, and later a dentist, Fritz Pfeffer. In August 1944, German police stormed the building and arrested everyone in the annex. The Franks were sent to Auschwitz; Margot and Anne were eventually transferred to Bergen-Belsen, where they died, most likely in February 1945 and most likely from typhus. No record of their deaths exists; survivors who knew them at the prison camp say Margot died first, followed a few days later by Anne. Their mother died of starvation at Auschwitz. Otto survived. 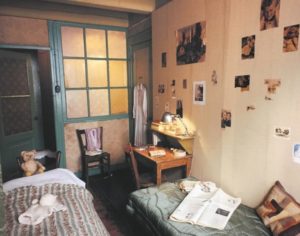 Anne Frank’s bedroom, which she shared with dentist Fritz Pfeffer

Anne’s diary was saved; against police orders, Mies Giep and another employee entered the annex and rescued several personal effects of the family, including the diary. (On Friday, Megan Willome will be discussing the Definitive Edition of Anne Frank’s diary, including the sections removed by her father for the 1947 and later editions and restored after 1998. See the note at the end of this Children’s Book Club for more information.)

The annex entrance and rooms have been reconstructed to closely approximate the 1942-44 living quarters. You enter through the bookcase opening, climb the stairs, and enter the silence. You see the room Anne shared with the dentist. You see the other bedrooms, the kitchen, and the bathroom. There’s nothing you want to say or really can say. And while you’re a witness to where these eight people hid and lived and argued (tensions abounded) and hoped, something happens as you walk through these rooms, something unexplainable.

You become part of the silence. You enter that wordless poem of the Secret Annex. 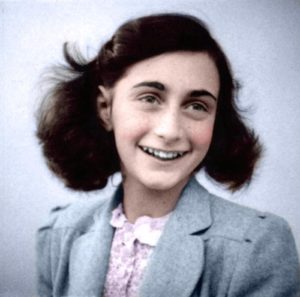 Anne Frank about the time the family went into hiding

I’ve experienced that silence three other times — in a church in Erfurt, Germany, in 2002, sitting with a young pastor shortly after shootings at a high school; at Ground Zero in New York City in 2004; and at Canterbury Cathedral in 2013, when I found myself in the silence that followed reciting the Lord’s Prayer in English with a large group of Japanese tourists.

The poetry of silence is a somber poetry. It moves you to another place and another time.

And it changes you. You’re not the same person you were before the silence.

You’ve become part of a poem.