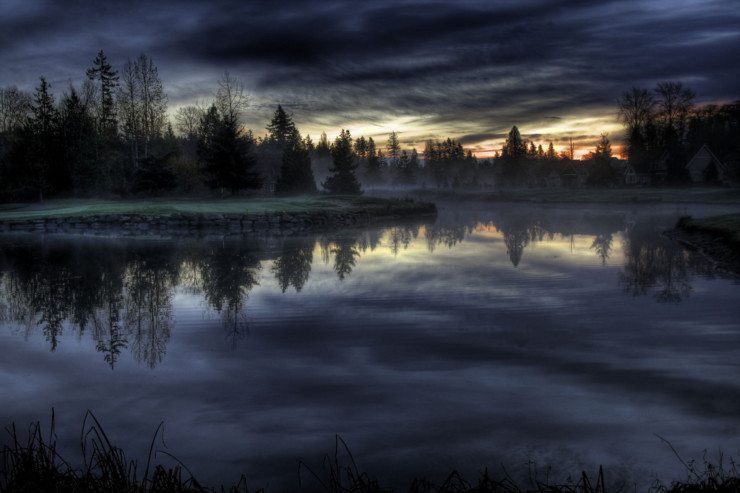 I first read The Hobbit and The Lord of the Rings trilogy by J.R.R. Tolkien in college. The editions were likely the pirated ones controversially published by Ballantine; almost overnight it seemed everyone on campus was carrying their paperback copies. By the time I graduated, an authorized version of the books had been published in the United States, and I bought the hardbacks, which are well read and still on my bookshelf.

And the Peter Jackson movies from 2001 to 2003? My youngest son and I saw them three times each in the theaters, watched them again when the movies were available on CD, and watched them yet again when the extended version/director’s cut CDs went on sale.

I’m a fan, but I’m not a fanatical fan. I wore street clothes to the movie theater. I did not dress up as a hobbit, a wizard, an orc, Stridor, an ent, an elf, a dwarf, a balrog, or Shelob the giant spider.

The biggest Tolkien event since the movies is now underway in Oxford. The Bodleian Library’s first exhibition on J.R.R. Tolkien in 25 years opened June 1. The exhibition is important for a number of reasons. The Bodleian is a major repository of papers, manuscripts, and artwork related to Tolkien, and its collection has grown considerably in that time. The number of scholarly books and papers on Tolkien and his writings had grown considerably, and authors inevitably have to go to the Bodleian for research. There is much about Tolkien and his works that we are still learning, and an exhibition like this can add immeasurably to public understanding.

The book is introduced by six essays, including a biographical sketch by McIlwaine and an overview of Tolkien and the Inklings by John Garth, author of Tolkien and the Great War: The Threshold of Middle-earth. Other essays include a discussion of Tolkien’s perilous land of “faerie,” inventing Elvish, Tolkien and “that noble northern spirit,” and Tolkien’s art. 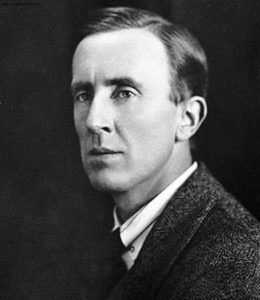 Tolkien in the 1920s, when he was creating Middle-earth

The essays are followed by nine sections of artifacts on display, closely tracking the nine sections of the exhibition. These include reading Tolkien, his childhood, student days, his sheer inventive genius, The Silmarillion, his teaching and lectures, The Hobbit, The Lord of the Rings, and Tolkien’s maps. Letters to Tolkien from readers are included, including ones from W.H. Auden, Lynda Johnson Robb, and Iris Murdoch. And who knew that songwriter Joni Mitchell asked and received permission from Tolkien to use the names Lorien and Strider for her music and publishing company?

The featured artwork and maps drawn and painted by Tolkien are standouts. As Wayne Hammond and Christina Scull write in their opening essay, Tolkien came from a generation when both boys ad girls of an upper-middle and upper classes were taught to draw. In Tolkien’s case, he continued drawing, painting and watercolors long after most would have set it aside. And we see book covers, posters, drawings, and illustrations that are often as striking as his writing. And oh, my, the maps. Readers can pore over more than 28 pages of maps drawn by Tolkien, many with his annotations and notes.

Tolkien: Maker of Middle-earth is an artifact and a treasure in and of itself. Its main point is this: The Hobbit and The Lord of the Rings both arose from decades of creativity and inspiration, and are almost the tip of the iceberg that included extensive research, creation of languages, epic poetry, and creation of histories of elves, dwarves, hobbits, and men.

Author and essayist John Garth has also recently published a small book, more an expanded pamphlet, entitled Tolkien at Exeter College, an extended essay on Tolkien and his Oxford student days (1911-1915). It includes numerous photographs of Tolkien, his friends, and the students at Exeter, with an emphasis on the impact of World War I on their numbers. Several of his closest student friends would not return from the battlefields.

If you can’t make the exhibition at the Bodleian, the good news is that after it closes in Oxford it will be at the Morgan Library in New York City from January 25 to May 12, 2019.

Photo by Andrew E. Larson, Creative Commons, via Flickr. Post by Glynn Young, author of the novels Dancing Priest, A Light Shining, and the newly published Dancing King, and Poetry at Work.