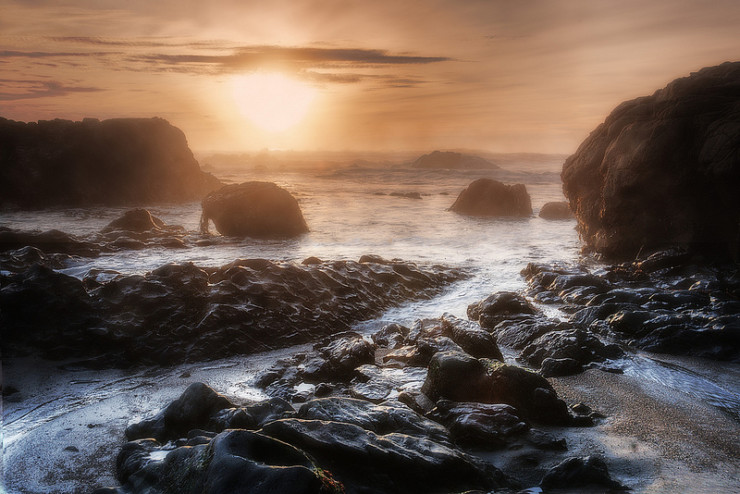 It’s a poem that used to be included in high school English textbooks and anthologies. It was a favorite poem of President John F. Kennedy. It became something of a national sensation, once America entered World War I. The poem is “I Have a Rendezvous with Death.”

The poet was an American, born in New York, and raised in both New York and Mexico. He was a roommate of T.S. Eliot at Harvard (Eliot was two years ahead of him). After graduating from Harvard, he drifted to Greenwich Village in New York City (where any American serious about becoming a poet went) and then to Paris. When World War I broke out, he joined the French Foreign Legion, part of the foreign brigade fighting for France. He died at the Battle of the Somme in July 1916 and was buried in France. The poet is Alan Seeger. In War Poet: The Life of Alan Seeger and His Rendezvous with Death, author, producer, and historical consultant Michael Hill tells Seeger’s story.\A middle child, Seeger was always something of a dreamer, but one who could focus with laser-like intensity on something he wanted to accomplish, like learning to ride a horse or becoming a poet. He and his older brother, as young teens, were sent by the family in Mexico to a private boy’s school in Tarrytown, New York. It was there he began to focus on literary studies, which he continued at Harvard. (He also took to wearing “poet’s clothes,” including a flowing cape.)

At Harvard and then New York City, he became close friends with John Reed and Walter Lippmann, both of whom later became journalists. Reed would chronicle the revolution and rise of the Bolsheviks in Russia (and become something of a communist himself). Lippmann would be the founding editor of The New Republicand become the man who most influenced journalism in the 20th century.

The young Seeger was part of the new literary scene that emerged in the 1910s in New York City, but it was in Paris where he truly found himself. If there is such a thing, Paris was his “soul city.” And it was for Paris, and for France, that Seeger felt compelled to join the French Foreign Legion to fight in the Great War.

Hill makes use of letters, contemporary accounts, published writings and articles, and Seeger’s diary to tell the poet’s story. It almost seems a cinematic account (and Hill is a, among other things, a film producer), and one could easily see this biography of Seeger as a movie.

Six months before his death in 1916, Seeger wrote the poem that would make him famous.

I Have a Rendezvous with Death It may be he shall take my hand
And lead me into his dark land
And close my eyes and quench my breath—
It may be I shall pass him still.
I have a rendezvous with Death
On some scarred slope of battered hill,
When Spring comes round again this year
And the first meadow-flowers appear.

God knows ‘twere better to be deep
Pillowed in silk and scented down,
Where Love throbs out in blissful sleep,
Pulse nigh to pulse, and breath to breath,
Where hushed awakenings are dear…
But I’ve a rendezvous with Death

At midnight in some flaming town,
When Spring trips north again this year,
And I to my pledged word am true,
I shall not fail that rendezvous.

Less than a year later, America had entered the war. Seeger’s poem was held up as an example of character and courage. Politicians praised it, and newspapers printed it. Seeger had written other poems aimed at America and its neutrality, but this poem was more intently personal. Hill has been a historical researcher for such authors and historians as David McCullough, U.S. Sen. John McCain, Michael Korda, and others. He was a co-producer on Ken Burns’ Civil War series and served as a historical consultant on the HBO miniseries John Adams and the ABC-TV miniseries on the Challenger space shuttle disaster. He was graduated from the Kennedy School of Government at Harvard University and the University of Akron Law School. Hill is the author of Elihu Washburne: The Diary and Letters of America’s Minister to France During the Siege and Commune of Paris (2013).

Seeger’s poetry is different from that written by English war poets. It’s more than a cultural or geographic difference. Hill notes an assessment by one of Seeger’s Harvard classmates: “Unlike other soldier-poets, he did not record disappointments, doubts, despairs, rages, horrors, self-abasements. In the midst of strife, he was at peace.” War Poet is about that soldier-poet finding peace.

A dramatic reading of “I Have a Rendezvous with Death”

Photo by Steve Corey, Creative Commons, via Flickr. Post by Glynn Young, author of the novels Dancing Priest, A Light Shining, and the newly published Dancing King, and Poetry at Work.