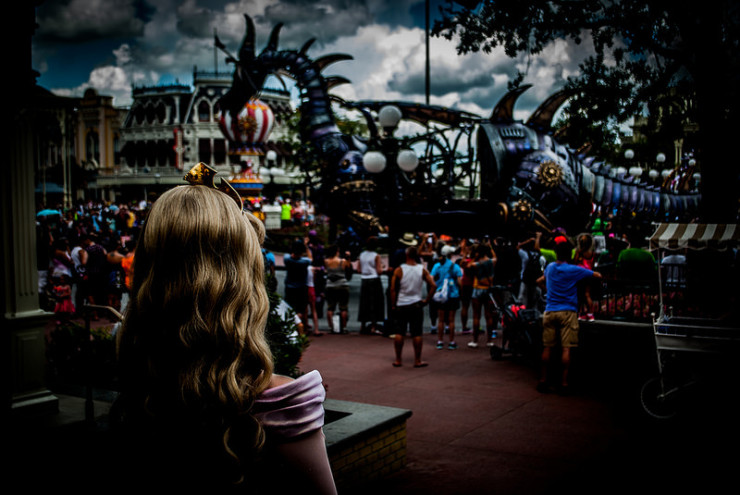 I was 12. My soon-to-be-sister-in-law was taking me and her younger sister to the circus. I had been to the circus once before, but had few memories.

This was the Shrine Circus, which came annually to New Orleans and set up in what was then the largest building for shows and exhibitions in the city—the Municipal Auditorium downtown. The auditorium continued to operate until Hurricane Katrina in 2005, when it suffered flooding and wind damage. It is currently closed, but at the time I went to the Shrine Circus, that was far into the future.

The auditorium is bounded by North Rampart Street, Basic Street, and Congo Square. In fact, it’s right across North Rampart from the French Quarter. It’s built adjacent to what used to be known as Storyville, New Orleans’ famed red light district where jazz was born. The area is now known as Faubourg Treme, but when I was 12 it was more simply “downtown”—we didn’t have “faubourgs” back then. Downtown was where you went for entertainment; all of the large movie theaters were downtown—the Saenger, the Loew’s State, the Joy, and the RKO Orpheum. In the next few years, much would be swept away in a wave of demographic and social change.

A place of time, and memory,
buried and excavated, built over
and torn down, unrevealed and
unanticipated in the mind
of the child

I remember it was a Sunday afternoon, overcast and cool, probably late fall or early winter (Wikipedia says the Shrine Circus always finished its season in New Orleans during Thanksgiving week, so that would fit). My brother (engaged to the soon-to-be-sister-in-law) was working, or so he said; I suspect he wasn’t much interested in the circus. And it was not an event my parents would have been much interested in.

But I was. This was likely my last hurrah of childhood, and the circus was a place I could forget I was soon to be a teenager. Within a few short years the streets of the French Quarter would be crowded with hippies, and occasionally even my own bare feet.

The circus was spectacular, and it was meant to be. Everything seemed oversized—the elephants, the horses, even the tiny car filled with an impossible number of clowns. The tightrope and flying trapeze seemed impossibly high, guaranteed to scare the audience with the possibility of a fall (yes, there was a net). And from a distance, everything seemed shiny and new, an explosion of color and sound enhanced by the overwhelming smell of cotton candy and peanuts.

It was a standard circus, but we had nothing to compare it with. So we enjoyed it for the spectacle that it was, the humor, the daring of the lion trainer, the clowns doing silly things, the woman (dressed like an early Wonder Woman) riding the horses around the circle.

My main focus, however, was on the people up in the air, the tightrope walkers and the trapeze artists. There they were, walking and flying scores of feet above us, swinging in an aerial dance that seemed to defy death.

To live forever in the air
an athletic swing through
an expanse of nothingness
to live forever and always
suspended above the sea of faces,
flowers in metal vases.

My last time in the auditorium would come while I was in college. I was a rider in a convertible to protect one of the princesses of a Mardi Gras krewe during the parade; at the ball in Municipal Auditorium, I would be dressed in a gaudy blue and silver costume with a heavy head mask, and be required to dance and sit expectantly in the choreographed pageantry of presenting the queen and her court. Another event, another kind of entertainment, another kind of circus.

Oh, but to smell cotton candy and peanuts, and I hear the ringmaster, directing my attention upward, toward the sky.

Photo by Andy Sabis, Creative Commons,  via Flickr. Post by Glynn Young, author of the novels Dancing Priest and A Light Shining, and Poetry at Work.