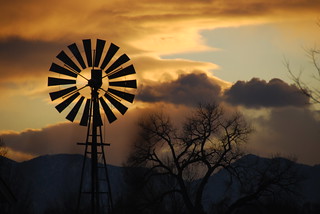 With all the upheaval in the publishing industry because of ebooks, at least one positive development has resulted: we have the opportunity to read things we might not have otherwise.

A case in point: my Kindle version of Wessex Poems and Other Verses by Thomas Hardy. Kindle price: free, part of the volunteer project to convert old books to digital format in a literary “creative commons” effort. (It’s still free, by the way.)

I wouldn’t have ordinarily been looking for this in a bookstore or even at Amazon, but I saw a link, clicked on it, and downloaded.

And I started a journey I didn’t expect at all.

The poems in the volume are vintage 19th century. The book was published in the U.S. in 1898; the text in this ebook version is based upon a 1919 edition published by Macmillan. The volume includes love poems (including poems about dead and dying lovers), ballads and songs, and even a group of poems about the events and people of the Napoleonic wars, written when the Age of Napoleon had already become distant, dusty history.

As I read the poems, I was reminded of Kipling and Tennyson; Whitman and Longfellow, even Poe (one poem, “Amabel, ” reminds me so much of “Annabelle Lee” that I wondered about the line between inspiration and plagiarism). I was even reminded of poems that would be written decades after this volume appeared, poems by Sandburg and Frost and many others on both sides of the Atlantic.

I also realized that many if not all of these poems would not see the light of day if Hardy tried to publish them in 2012, except perhaps by a self-published ebook. For a long time now, poetic stories have not been popular with poets or critics. Ballads and songs are frowned upon; they are simply not “serious” poetry. And anything smacking of “national” poetry would likely be derided. Nationalism and patriotism are not popular poetic subjects today.

In fact, I can think of numerous poets with a national reputation – John Ashberry, Louise Gluck, Ted Koozer, Maya Angelou, Jack Gilbert, and Billy Collins, to name a few. But I don’t think I could call any of them “national poets” in the sense of writing “national poetry.”

It’s not necessarily a bad thing. But I can remember attending public schools (before the Age of Self-Esteem, so you know what a Neanderthal I am) and the class reciting poems by Longfellow, Emerson, Dickinson and Whitman (“safe” poems like “Brooklyn Bridge” and “I Hear America Singing;” we avoided “Leaves of Grass”). Two others that immediately come to mind are Emerson’s “Thanatopsis” and Stephen St. Vincent Benet’s “John Brown’s Body.” Even Frost was a poet commonly read aloud in the classroom.

But Frost may have been the last. The 1960s came and changed everything, including the literary and poetic canons.

While many of these poems are guilty as charged when it comes to the worst thing a critic can say about a poem today – “Sentimental!” – they did do something important. They help to bind us together in a common past and a common present. I know that some groups might feel or felt excluded, but this may and can be an “exclusion in retrospect.” A fifth grader in 1961 didn’t understand all the exclusionary nuances when he recited “The Midnight Ride of Paul Revere” in his classroom.

My own children received little if any school instruction on poetry. They read some poems and poets, but poetry and, to a lesser extent, fiction became deemphasized. Penmanship did, too, and long before the arrival of computers. Too many other things had to be taught, too many agendas to fulfill, too many directives to carry out. Something had to give.

So I pose two questions.

First, can you cite any examples of contemporary “national poets” or “national poetry” as opposed to poets with a national reputation?

And second, will what constitutes “national poetry” be simply a nostalgic look backwards at the Thomas Hardys and Tennysons in Britain and the Whitmans and Longfellows in the United States?

Photograph: Silhouettes of the Past by Let Ideas Compete. Sourced via Flickr. Post by Glynn Young, author of Dancing Priest: A Novel