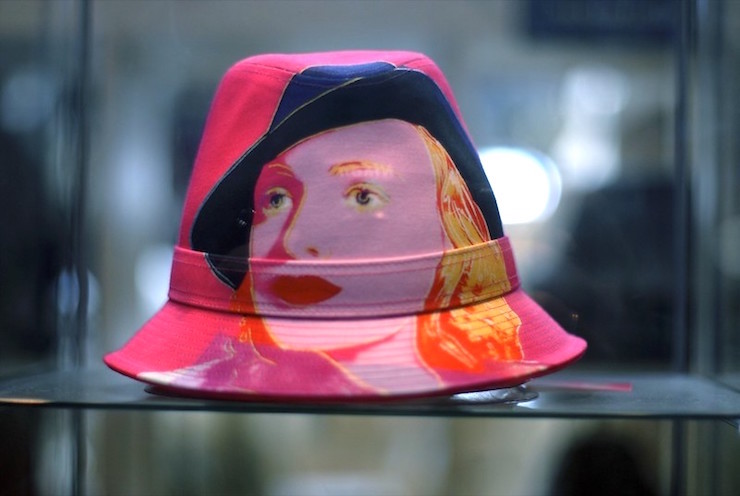 Victor Hugo (1942 – 1993) was a Venezuelan-born American artist, window dresser, and partner of Halston. He met the designer when Halston hired him through a Call-boy service, and the two began an on-again, off-again relationship that would span 12 years.

Vanity Fair cites the 1019 Halston documentary, where filmmaker Frédéric Tcheng speaks to Joe Eula, a friend of Halston’s, about his and Hugo’s relationship:

Tcheng: Why did Halston put up with Victor?

Eula: Because he was in love with him.

Tcheng: When did it fall apart?

Eula: The day they met.

Halston (Roy Halston Frowick) was an American fashion designer of the 1970s, of international fame. His designs (primarily for women) tended toward the minimalist, featuring textiles like cashmere and ultrasuede, silk and chiffon. Halston’s interest in sewing came from his grandmother. In his early years he would alter clothes for his mother and sister, and his rise to fame came from designing hats. You can see his practical beginnings in an interview with Vogue where he said that he got rid of “…all of the extra details that didn’t work—bows that didn’t tie, buttons that didn’t button, zippers that didn’t zip, wrap dresses that didn’t wrap. I’ve always hated things that don’t work.” In a 1972 New York Times article about the future of women’s pants (will it remain popular?) Halston is quoted as saying, “it’s all part of women’s liberation. Pants give women the freedom to move around they’ve never had before. They don’t have to worry about getting into low furniture or low sportscars. Pants will be with us for many years to come—probably forever if you can make that statement in fashion.”

Victor Hugo did displays for Halston’s store on Madison Avenue, replacing Halston’s former partner, Ed Austin, on the job. “We had a big fight about the Christmas window,” Austin says in an excerpt from Simply Halston published by Vanity Fair. “I put in the window about a week before Christmas. It was fabulous, nothing but red clothing and silver jewelry. But Halston came downstairs with Victor Hugo, and he didn’t like it. Halston had Victor redecorate it,” Bustle recounts. “I was fired,” Austin recalled. “Christmas Eve, thank you—out the door, no severance, nothing.”

Along with other window dressers in stores of the time, Hugo pushed the envelope on what these high-end displays could look like—bringing pop art and story into the picture. The May 24, 1976 issue of New York Magazine that covered these contemporary displays talks of “the mayhem in Halston’s windows,” describing Hugo’s work as “lean[ing] to the Grand Guignol—from a lady tripping on her high heels, to King Kong terrorizing the lunch bunch, to an after-the-explosion scene (inspired by the La Guardia bombing).” The same issue features a photograph of one of his window displays that ran for a week like a serialized story, which featured a pregnant store mannequin tucked in bed. Apparently, the mannequin’s stomach got bigger each day until on the last day a baby was born.

In the photograph, around the bedside tableau, other mannequins in long dresses watch and gesture, as though waiting. Hugo himself is in the background of the display, sitting among the mannequins as though participating in the surreal scene, holding a coffee cup. “Some people thought it was bad taste and vulgar,” Halston said, describing the reaction to the piece. The magazine goes on to ask, “from a retailing standpoint … will corpses sell Halstons? According to the merchants—yes. These picture windows sell like crazy. More important to ask is: will the new windows go too far?” 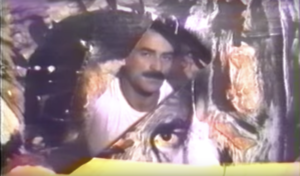 Going too far would probably be a description that Hugo would find apt, and perhaps even desirable and avant-garde. Through Halston, Victor Hugo entered the circle that included Andy Warhol, and became one of the Warhol Superstars—a group of artists and musicians, drag queens, adult film performers, and socialites that practiced free love, and did everything from parties and drugs to mass-produced silkscreens and lithographs, sometimes starring in Warhol’s films. “It wasn’t called the Factory for nothing. It was where the assembly line for the silkscreens happened. While one person was making a silkscreen, somebody else would be filming a screen test. Every day something new,” musician John Cale described it. In 1978, Victor Hugo appeared in one of the Factory’s performance art pieces, a short, 14-minute film titled “Victor Hugo Rojas” by Anton Perich, in which he destroys a Warhol painting as a sacrifice. (You can even watch it on youtube— warning for graphic but non-sexual nudity).

Hugo also began to help as an editor for Warhol’s magazine, Interview, “conducting Q&As with celebrities and designing advertisements.” Warhol was jealous of Halston’s success and wanted to see Halston made a fool of. A retrospective piece by Interview quotes Colacello, who says, “Andy loved it when Victor showed up at [Studio] 54 in a jockstrap or at a Halston party in a Halston dress, in both cases much to Halston’s embarrassment. Victor later told me that Andy actually paid him to do these things.”

In the opinion of Halston’s personal assistant, Peruchio Valls, “The person that Halston loved, more than his own life, was Victor.”

Even once Halston and Victor Hugo finally broke off their relationship, Halston did not, or could not, completely cut him off, still paying for his expenses, though Hugo, to fund his drug habit, would steal from him. “He stole some Warhols, but he also took the sterling silver Elsa Peretti candlesticks on the table,” Steven Gains, Halston’s biographer, told Vanity Fair. The biographer continues to recount how even after Halston’s death in 1990, “Victor absolutely would not give me an interview unless I paid him. All the money just went up his nose and on crazy spending and destructive stuff.” Lesley Frowick, the designer’s niece, told People that at that time Halston, who had moved to San Fransisco from failing health due to AIDS, “mostly tried to keep [Hugo] out of his life … he tolerated him, but he was trouble.” Victor Hugo died in 1993, three years after Halston.

Hugo was once asked, by Rose Hartman, to describe himself, in the April 1975 issue of Interview. He said, “Perhaps you would describe me as jaded, darling, but I prefer to say that in living there is absolutely nothing that is bad. I can only say that I live fully 24 hours a day—and I regret nothing.”

Victor Hugo was a New York personality, but the state has no dearth of other artists, poets, and writers!

More interested in walking NYC’s streets? Enjoy a literary tour of the city!